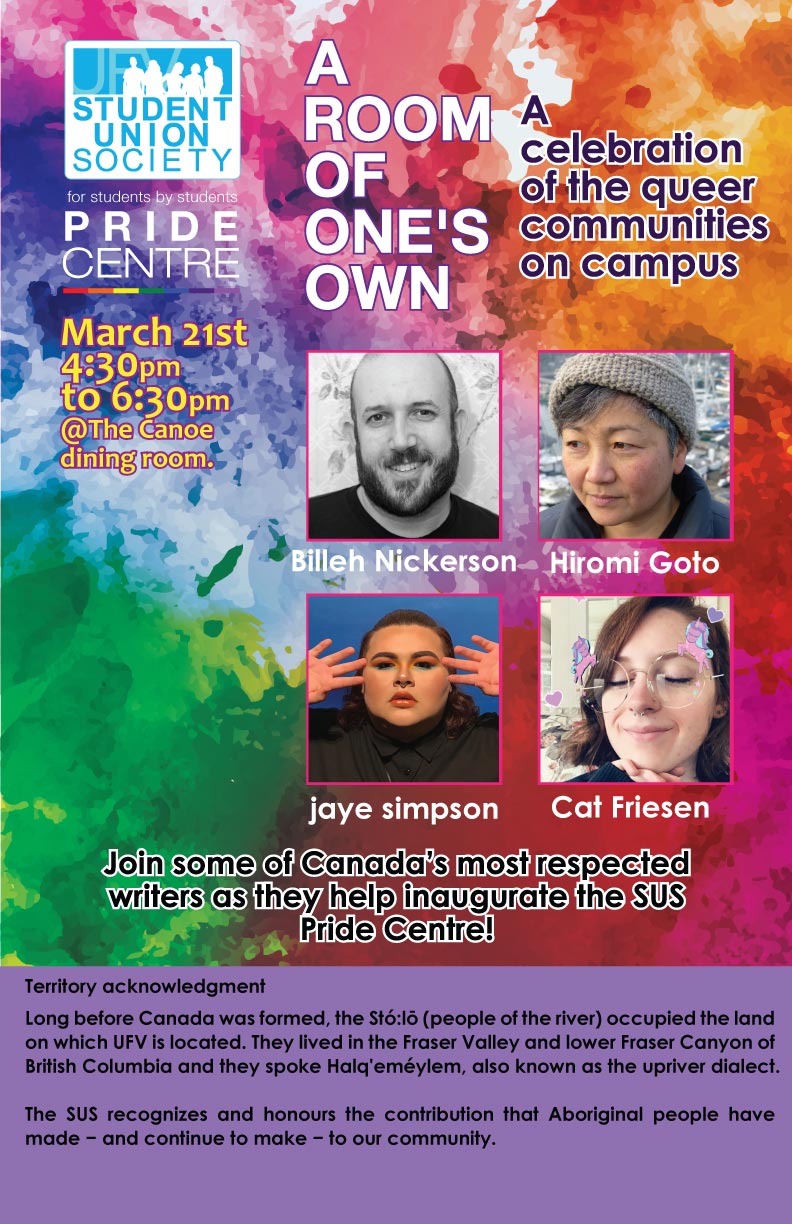 Join some of Canada’s most respected writers as they help inaugurate the SUS Pride Centre!

There is a new scholarship available to UFV College of Arts students kindly donated by arts enthusiast Eero Sorila to commemorate his parents Henrik and Alice Sorila.

DEADLINE: May 10, 2018
AVAILABLE TO: Students enrolled in any program in the College of Arts (*Preference will be given to Chilliwack students)
AMOUNT: Varies
HOW-TO APPLY: Apply on-line at MyUFV (Log into MyUFV, click on Student Information, click on Student Services, then the tab for Financial Aid. 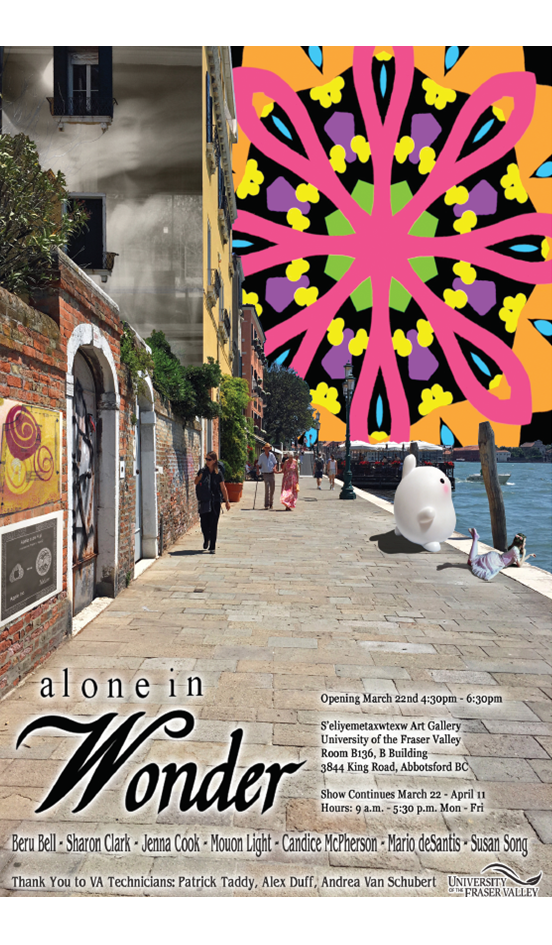 The University of the Fraser Valley Visual Arts Diploma students invite family, friends, the UFV community and the public at large to attend their graduating exhibition: Alone in Wonder

When: Thursday, March 22 from 4:30pm – 6:30pm (Opening Reception – includes refreshments)
Where: S’eliyemetaxwtexw Art Gallery, in Building B, B136 (Abbotsford campus)

The exhibition runs from March 22 – April 10 and includes an exciting mix of inventive works: 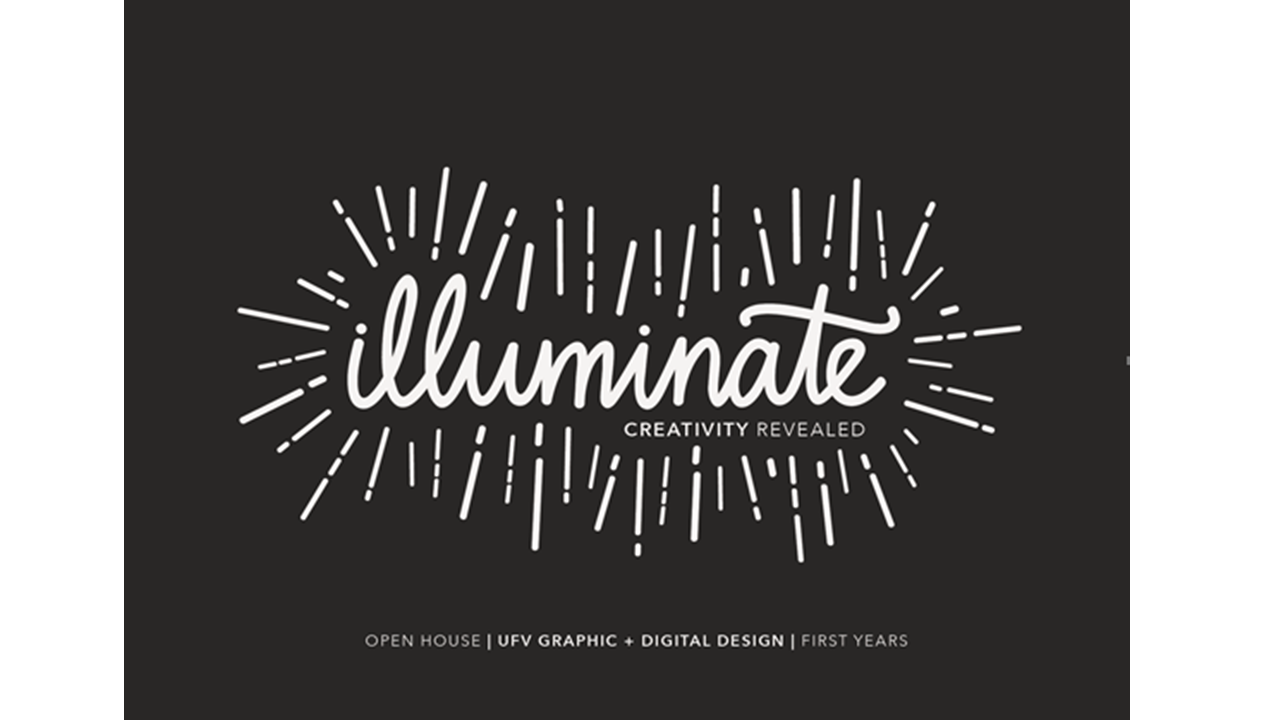 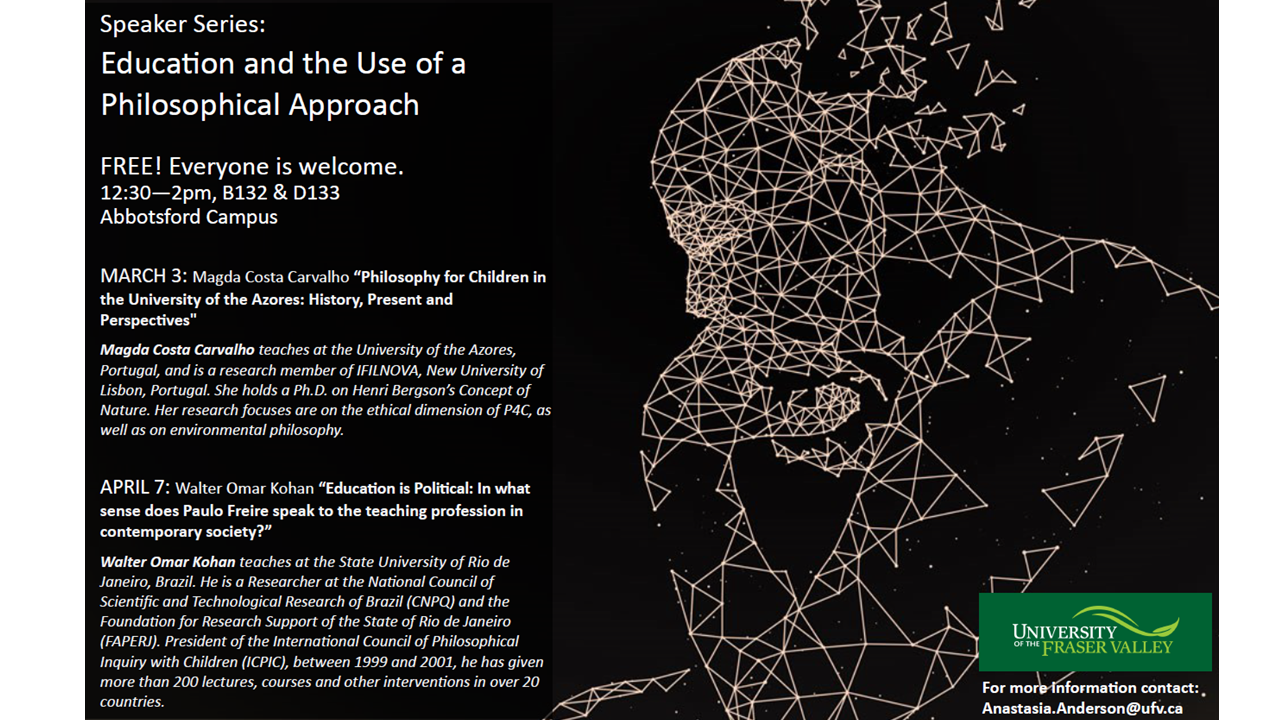 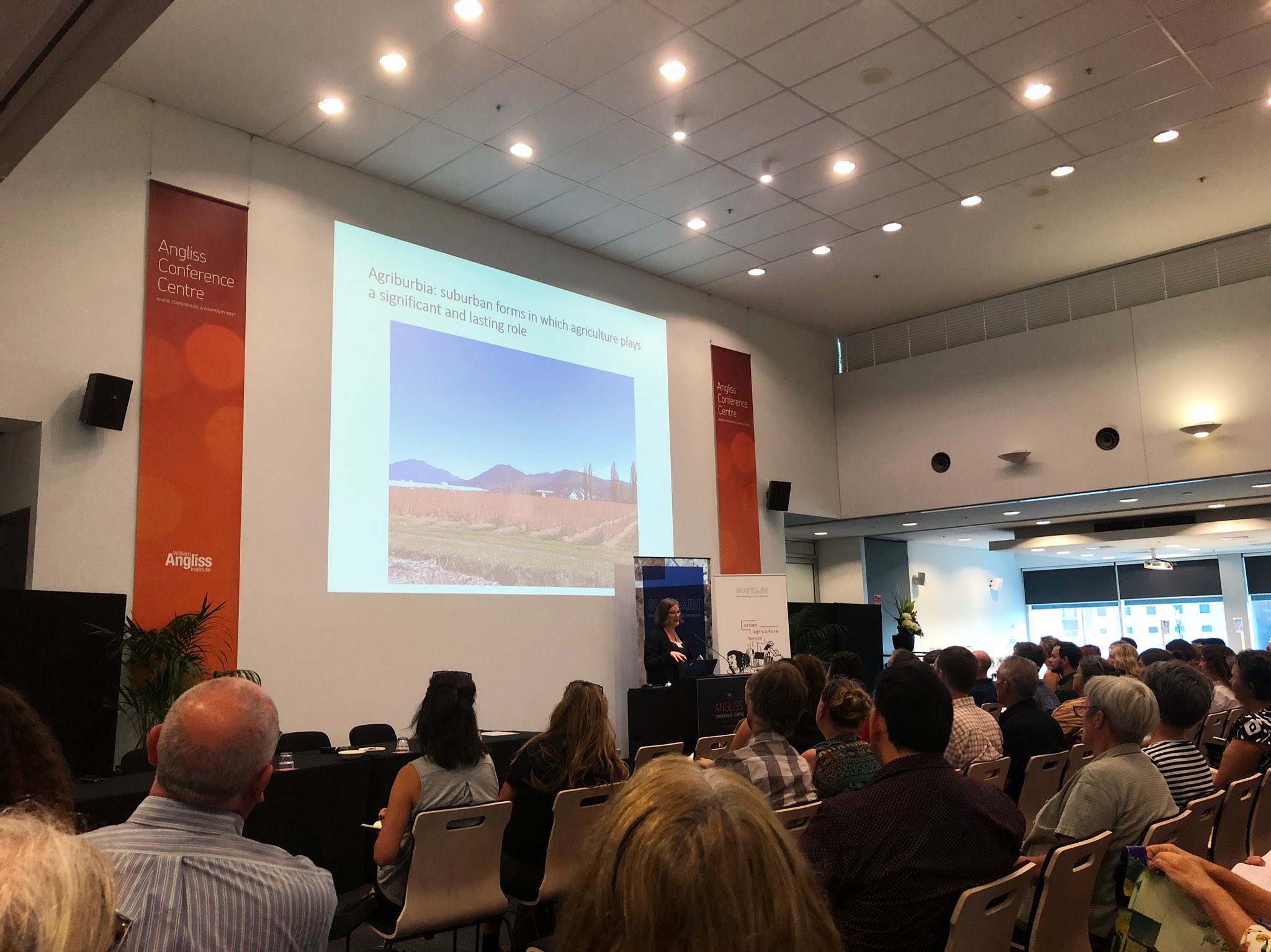