Now that I have somewhat settled into life here, I’m starting to create a routine. Sort of. It has been difficult to maintain regularity when it comes to classes (I’ll explain that soon. Oooh, intrigue) but my routine when it comes to general living is being established. 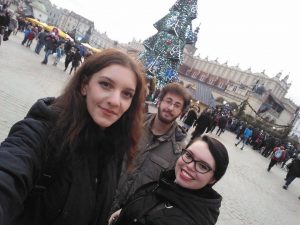 In terms of actually every-day adulting, however, I completely messed up like the child I actually am. I tried to do laundry and accidentally set the machine to wash my clothes 12 times. That’s right, twelve times. The front desk lady had to stop my machine and drain the water so that I could take my clothes out before the next person showed up. Needless to say, my clothes were not dry at all, so I had to hang them for about three days (there are no dryers here, only line drying!). They were still slightly damp when I picked them, that’s how soaked they were.

Beyond my life as an awkward turtle, I’m sure you’re all itching to hear about this intrigue regarding my classes that I set up ever so sneakily. As I said, there isn’t really much of a routine when it comes to classes, even though I have a set schedule by now. There are two reasons for this: 1) classes are cancelled fairly often here apparently, and 2) I’ve been sick…three times already. Thanks immune system. So far the Powers That Be have cancelled classes on at least three occasions thus far because of reasons like parties (they didn’t want the students to be tired the next day, so they just cancelled class) and holidays. November 11th is a holiday here just like back home, only here they celebrate Polish Independence Day since that’s when Poland became a country again after being shared between three countries for 123 years. So, classes were cancelled on that Friday already but the Dean decided to also cancel classes on Thursday after 1pm! Extra long weekend!

Classes themselves have been very different from their Canadian counterparts. For starters, classes are only 45 minutes long. Even in the upper levels, the classes are still this short! Granted, they are split into lectures and seminars, so the class itself actually is about two to two and a half hours long, but still. Lectures comprise the time allotted for the professor to speak and deliver onto us new knowledge. Seminars, however, are longer than lectures and are primarily driven by student engagement. If my readers are anything like myself, they will understand how terrifying a concept that is. I don’t typically like speaking in class at the best of times but now there is the added pressure of having to keep the class interesting. Luckily for me, I only have one such seminar this semester and the professor that teaches it understand how much pressure there is to say something intelligent, so her compassion makes the class much easier to bare than I thought. Still, much like back home, students are really motivated to speak very much.

There is one class, however, that is challenging for me. I was allowed to participate in an MA thesis-writing class, so by the end of it I will end up with a paper that can be published (hopefully). One excellent thing about the education here is that most professors are very willing to welcome you into their classes, especially if you speak English not only fluently but natively.

Now I still don’t really understand how their education system works, but from what I can gather the Bachelor’s degrees are only, really, three years long because students write a dissertation in their fourth year; kind of like a miniature Master’s thesis. It might sound cumbersome but it’s really the only essay they have to write. Ever. In classes, students are rarely assigned essays as assignments, and if they are the essays are only three to five pages long! Even in the third year of studying the final paper is only five pages in total! I’m pretty sure my jaw actually hit the floor when I was told this.

In other news, I’m planning to travel even more while I’m here! At the beginning of January I’ll be going to Berlin for a few days, and in the middle of February I’ll be going to Turkey! One of my Turkish friends is going home during one of our breaks, and I was invited to accompany her! Apparently, while Skype-ing with her family, she was told, “bring your friend.” I’m taking that as a good sign.

As far as local trips are concerned, it’s Christmas season now so the local travel has become even more magical! Recently, my friends and I went to Krakow for the Christmas market and it was great! Do you guys know of the German market in Vancouver? Well, it’s similar to that only about three times bigger and full of local artisan things like amber, slippers, and food. The mulled wine in particular is awesome!