At this point in the year – particularly this year — many of us may be feeling “done,” bored, or burnt-out. (I know I am!)

Hoping to shake off a little of this feeling, I assigned a creative project in my ENGL 333: Nineteenth-Century Novels course this term. Students were prompted to respond to one or more of the literary texts we’ve studied this term in the form of a drawing, painting, piece of creative writing, textile project, photograph, musical composition, research poster, or really anything else they could dream up. 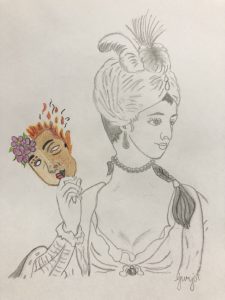 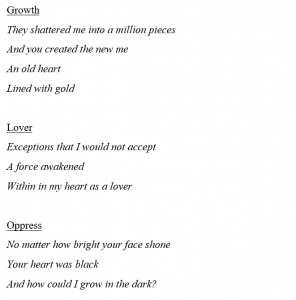 I saw it as a chance for students to engage with the material in a spirit of “serious play.” Working as hard as we do on our scholarship, we might sometimes lose sight of the creativity, joy, and freedom that come with reading, thinking, and talking about literature; but isn’t the love of literature really what lies at the heart of our discipline?

The projects not only display a dazzling array of creative talent, they also share valuable insights about the novels we’ve studied.

Here’s just a small sampling of the great work we were treated to: 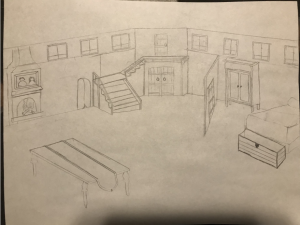 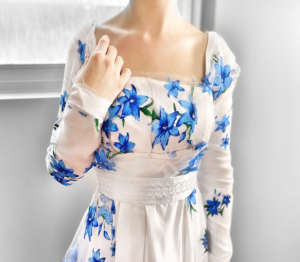 Among reactions to Jane Eyre were collages, drawings, and stories that adapt the characters into the present day. Maryann Phan’s adorable amigurumi Jane Eyre sports an outfit that combines the plain grey dress of her Lowood School days with a traveller’s cloak to signify her restless spirit and a hint of lace to foreshadow the drama around her marriage; Steven Prosser had his wife, Natasha Prosser, photograph him as John Eyre, Jane’s uncle and benefactor, reaching out to a child Jane, as portrayed by his daughter Hazel. Lappy Brar’s poems imagine the inner dimensions of relationships between Mr. Rochester, Bertha Mason, and Jane; John Paul Ocon’s musical composition for Mr. Rochester’s song in Chapter 24 captures that character’s energy and melancholy. 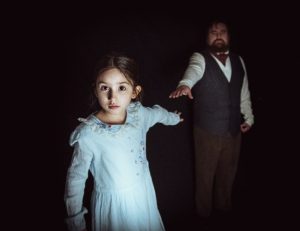 Finally, Shane Rogers’ response to The Picture of Dorian Gray transposes the character of Dorian into the realm of Dungeons and Dragons, highlighting both his supernatural qualities and his association with the decadent 1890s through a character sheet in which Dorian is assigned 1891 Hit Points.

Particularly fun about this project was the chance it afforded us to see one another’s work on a Padlet posted to the weekly module, to offer comments and engage in discussion, and to enjoy these novels in a slightly different way.