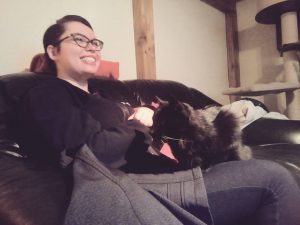 The adventure in Poland continues!

I’m a 20-minute bus ride from a larger city called Katowice. In this metropolis, there is a city center with a new festival almost every day, which is great if you happen to have a spare moment–like I do. I went to one of these festivals while the sunshine was still reliable and I ended up on T.V.! I was at a beer festival with a friend, drinking some lemonade, when a guy came up and asked something in Polish. Naturally, I had no idea what he was talking about and said as much, to which he enthusiastically replied that he would like to conduct a brief interview with me. He asked me some questions about where I come from and what I’m doing in Poland. Now a record exists that I was actually there! If only I could find it online…

I’ve got all this time on my hands because classes still aren’t in session. Well, they are, except I’m not in them at the moment. Hopefully this will get sorted out by the end of the week. Apparently every international student was supposed to have something called a Learning Agreement. Students choose their classes back home, write them on this document, bring the document here, and BOOM students have classes to attend. Add that to the lack of spoken English around here and you have one confused Canadian and several confused administrators. Love might be in the air in Paris, but bewilderment is the scent around here.

Right now it basically feels like I’m half of a student. I have the tiny bed, the roommate, the dinners of instant noodles and chocolate, but I have yet to have the classes, other than Polish class. At least I got to go to a Cat Café for some sanity. It was there that I met Fred. He’s gorgeous with black hair and green eyes, and he has an introverted personality that matches my own. He climbed onto my lap trying to escape from some children who wanted desperately to pet him and refused to move. I should have believed my friends when they said that I would find love in Poland.

Where Can English Take You? Anywhere! To Be Your Own Boss
Join the Club–New CRWR Club at UFV!