Late April in BC does more than simply usher in Spring. Appropriately enough, it also celebrates our province’s creativity with Arts and Culture Week.

I was born and raised in Coast Salish territory, and I have a love for this province. 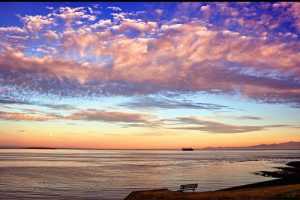 When I read books that refer to this location I am very engaged.  If you walk the hallways in the English department at UFV you will notice posters about BC books that were created by students in my BC literature classes. If you go to meet with the department head you will notice there are posters outside of her door as well.  These were created by these BC literature students who had the choice to select a BC book of their own to present and analyze for the class presentation.  Subsequently, they created original posters for their BC book with the intention of engaging others to pick up a BC book.

Of course there is a big debate about  what makes a book “BC literature.”  Is there anything that unites these texts beyond the setting?  Should texts be united on the basis  of setting?  Is there something in this coastal region that unites writers?  Despite this robust debate, which echoes the debates around Canadian literature, there is a growing interest in “West Coast” and regional literature.  For example, the University of Victoria offers an MA in “Literatures of the West Coast,” and writers from this coastal region have been collectively publishing regional anthologies as “Cascadian” writers.

For those of you interested in literature from BC, I would like to offer a handful of suggestions in a range of genres.

Diamond Grill by Fred Wah (a biotext which is a fusion of poetry and prose, fiction and biography)

49th Parallel Psalm by Wayde Compton (a collection of poems)

A Bumper Crop: Celebrating Our Honours Students’ Research
Where Can English Take You?–To Another Easter, Grading Quizzes, and the End of the Journey