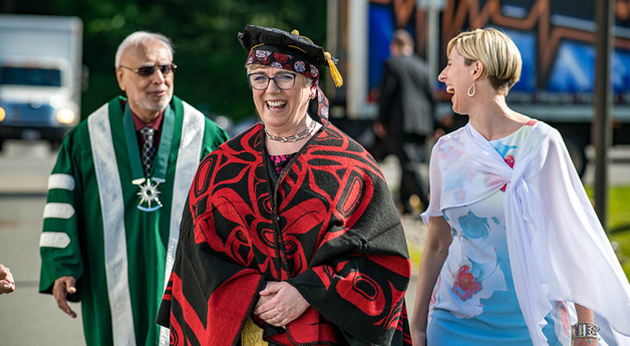 It was a year of new beginnings at the University of the Fraser Valley. UFV announced a new president, Dr. Joanne MacLean, in January and held a formal installation ceremony on May 11. UFV also formally welcomed Chancellor Andy Sidhu to his post with an installation in April.

President MacLean launched a visioning process in the fall to help define and renew UFV’s core values and mission.

Collaboration across boundaries is one of UFV’s educational goals, and it was exemplified in several UFV initiatives in 2018.

The City Studio project, a partnership of the City of Abbotsford and UFV, saw students from a variety of disciplines working with city staff on real-world challenges. 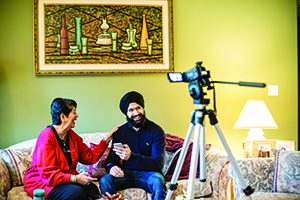 The Exergames project saw UFV kinesiology students and faculty working with colleagues from Queen’s University and Chilliwack’s Central Community School to test the effects of exercise on the cognitive abilities of children with disabilities.

Geography professor Olav Lian and his students were involved in collaborative research on B.C.’s coast that suggested that the area might have been used as a prehistoric highway for ancient peoples migrating from North-east Russia to the Americas.

Kinesiology professor Roger Friesen worked with the BC Lions, joining the team as a performance psychology consultant. 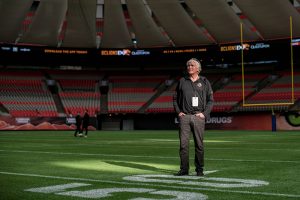 UFV announced plans to launch a Food and Agriculture Institute, to be led by geography professor Lenore Newman, UFV’s Canada Research Chair in Food Security and the Environment.

UFV’s reputation in international circles was enhanced when the university received a four-star rating on the international ranking site QS Stars.

UFV was one of 20 Canadian universities chosen to receive funding from the Queen Elizabeth Scholars program to undertake internships and research in Canada and abroad. The funding allowed UFV to send 30 students to Kenya, Tanzania, and India for three-month internships.

Six students brought home medals from the provincial component of the Skills Canada competition, and two went on to capture medals at the national level.

The university committed to a wider variety of programming on its Chilliwack campus by ensuring that a full first year of the arts, criminal justice, business administration, and science degree programs was offered there, in addition to regular campus programming focused on health, agriculture, and applied technology.

As it plans for a growing student population, UFV made the decision to buy the former Finnegan’s property adjacent to the Abbotsford campus. The university will use the facility as swing space during some major renovation projects before deciding how best to use it on a long-term basis.

On the program development front, UFV approved several new credentials, including an Honours History option in the Bachelor of Arts, Global Development Studies minor and extended minor, a Child Life and Community Health graduate certificate, a Master of Education degree, a certificate and diploma in Migration and Citizenship, and a graduate certificate in Mindfulness-Based Teaching and Learning (Fall 2019)

The UFV Athletics varsity teams excelled in 2018. Among the many highlights, the Cascades golf teams hosted the Canadian University/College Championships, and turned in historic performances. The men’s team won the gold medal for the first time, with Daniel Campbell finishing first overall, and the women’s team took bronze.

On the wrestling mat, the Cascades claimed three U SPORTS national medals, with Brad Hildenbrandt and Parker McBride winning gold, and Ana Godinez Gonzalez taking silver. Hildenbrandt went on to represent Canada at the U23 world championships.

On the soccer pitch, the Cascades men’s team made a thrilling run to the Canada West Final Four, and three UFV alumni – Karlee Pedersen, Kayla Klim and Connor MacMillan – made their professional debuts in Sweden to join a growing number of Cascades playing professionally.

The Cascades women’s volleyball squad won the PACWEST bronze medal last spring, and the basketball teams are off to strong starts to the 2018-19 season.

The Cascades club teams also had success, highlighted by the baseball team’s second-place finish at the conference championship.

Alumni continued to make an impact in our communities. 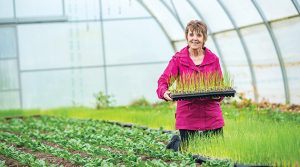 Rose Morrison, a retired professor who became an alumna when she returned as a student to major in English and then graduated at age 73, conducted research on the state of food production and security in the Fraser Valley.

Alumni Nik and Marnie Venema proved that you can be both young and generous when they made a commitment to fund two student awards at UFV.

And several alumni were elected to positions on local councils and school board in the 2018 municipal elections. 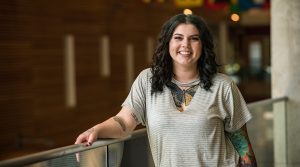 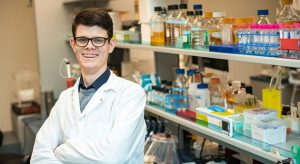 Many donors generously supported UFV initiatives and students in 2018, including the Esposito family of Abbotsford, who gave $1.125 million to UFV to support scholarships, innovation, and entrepreneurship. Dr. Malwinder S. Dhami supported the preservation and promotion of the Halq’emeylem and Punjabi languages by funding new scholarships. Coast Capital Savings renewed its commitment to student support at UFV with a gift of $50,000 for the Coast Capital Peer Resource and Leadership Centre. The Ed Coates Memorial Foundation created two new leadership awards for students in automotive-related programs. 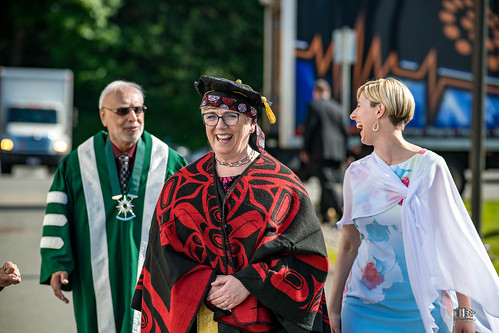