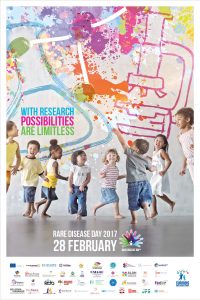 Unless you are deep in the savanna or at the Greater Vancouver zoo, zebras are hard to come by. But I bet you see a zebra more often than you realize.

In the late 1940s, Dr. Theodore Woodward told his med students, “when you hear hoofbeats, think of horses not zebras.”  Those with rare diseases or genetic syndromes are the zebras.

Since 2008, at the end of February thousands of people around the world celebrate those of us with conditions that make us one-of-a-kind. This year, World Rare Disease Day was celebrated on the 28th.

Over 80 counties celebrate WRDD, and those in the rare disease/genes communities host events such as walks, runs, lectures and the sharing of stories for each other and the general public. There are over 7000 rare diseases with no cures or prevention. 80% are genetic in origin, which means it’s simply in our genes.

Rare Disease Day has always been important to my family: both my niece and I were born with rare diseases (Noonan Syndrome and Blepharophimisis, Ptosis, and Epicanthus Inverses Syndrome, respectively). But this year was extra cool because I was reading and studying a book about a little boy with his own rare disease—Auggie Pullman in Wonder.

I was introduced to this book through my research assistant position with Dr. Michelle Superle’s Read for Your Rights! Program. The project is investigating if a rights-based literacy program can help reduce classroom bullying. A Grade Five class is studying Wonder in accordance with the UNCRC, and Michelle and I are observing their responses. 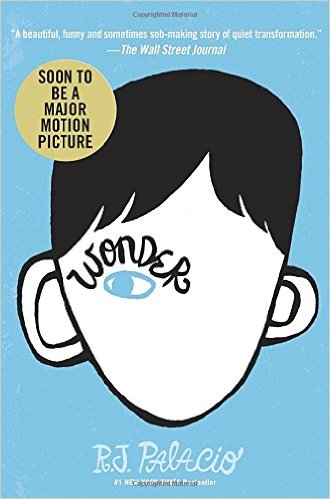 Wonder was written by R.J. Palacio and was published by Alfred A. Knopf in 2012. It follows the story of ten-year old Auggie, who has Treacher Collins syndrome and a cleft palate, going to public school for the first time. TCS causes severe facial abnormalities and in the first chapter Auggie says, “I won’t describe what I look like. Whatever you’re thinking it’s probably worse.”

While the book is full of lessons and love as Auggie navigates middle school, homework, new friends, and the ever-present bullies, it’s also a story of being ordinary, in the best way. While each character is extraordinary in their own ways, they all are just kids. They are learning who they are, what it means to be accepting, how to handle middle school, how to solve problems and how they want and like to live. They are all ordinary kids.

Whether your genes are perfect or not, we are all just looking for friends and acceptance, and an understanding of the universe we live in. We are extraordinary, and ordinary all at once.

Near the end of the novel, Miranda (Auggie’s sister’s old friend, who has pink hair) says to Justin (Auggie’s sister’s boyfriend) “the universe was not kind to auggie pullman.” This brings the most beautiful moment in the novel when Justin tries to reason out that statement,

if it really was all random, the universe would abandon us complete. and the universe doesn’t. it takes care of its most fragile creations in ways we can’t see. like parents who adore you blindly, and a big sister who feels guilty for being human over you, and a little gravelly-voiced kid whose friends have left him over you. and even a pink-haired girl who carries your picture in her wallet. maybe it is a lottery, but the universe makes it all even out in the end. the universe takes care of all its birds.

While BPES has not affected me to the extent that TCS affects Auggie, we share one similar surgery-type. For Auggie, doctors used bone from his hip to restructure and create his jaw, for me, they took muscle from my leg and put it into my eyes to open them.

Without research and the sharing of knowledge, these procedures couldn’t happen. Which is what makes social media and WRDD so cool. We can find communities and people all over the world who have what we have. I found a whole group of children, teenagers, and adults, who look like me.

On World Rare Disease Day we celebrate the Zebras.

It’s a weird concept to grapple with and I am still circling it over. I am different, and rare, but also just like everyone else. I’ve never seen a book portraying someone like me. Someone different in a genetic way, but also someone ordinary. Yes, Auggie’s TCOF13 gene is mutated, and so is my FOXL25 gene, and my niece’s PTPN114, but at one point, we’re all just kids wishing someone would play with us at recess.

– In the United States, a condition is considered “rare” it affects fewer than 200,000 persons combined in a particular rare disease group.

-A disease or disorder is defined as rare in Europe when it affects fewer than 1 in 2000.

-80% of rare diseases are genetic based.

-50% of those with a rare disease are children.

-30% of those with a rare disease do not see their 5th birthday.

– According to the Kakkis EveryLife Foundation, 95% of rare diseases have not one single FDA approved drug treatment.

– Approximately 50% of rare diseases do not have a disease specific foundation supporting or researching their rare disease.

-The prevalence of BPES is unknown.