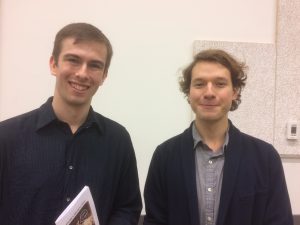 Chris Shunamon and Tal Wieczorek at the “Sailing to Byzantium” event.

On November 24th the University of the Fraser Valley’s English, Visual Arts, and Theatre Student Associations jointly hosted “Sailing to Byzantium,” a showcase for the artists of each discipline to share the art they’ve created during their time at UFV.

A panel framed around the William Yeats poem of the same name was hosted, with the English department’s professor Andrew Gutteridge reading the poem before explaining some of the deeper intricacies found within it. After Andrew’s reading, the head of each department—Heather Davis-Fisch (Theatre), Shelley Stefan (Visual Arts), and Melissa Walter (English)—discussed the poem and its relation to their discipline. 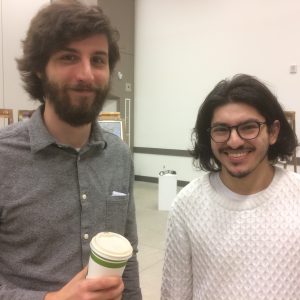 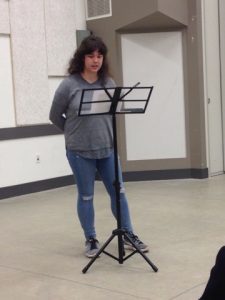 The layout of the event was intended to immerse the audience in the works of the visual artists, and it accomplished this effectively. 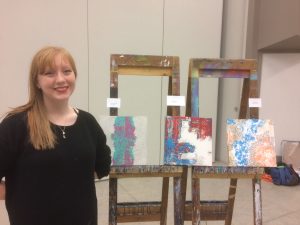 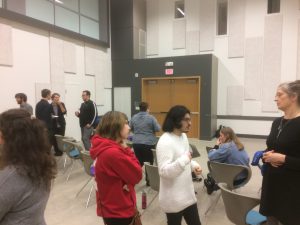 What could be better than that? Except Yeat’s Byzantium, of course!