In Winter 2016 the English Department is offering a new course addressing two of our favourite topics: gender and literature. 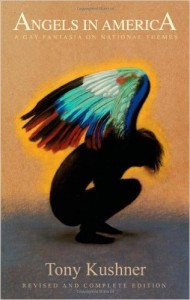 The next module covers late 19th and early 20th century ideas of gender through the writings of Oscar Wilde, Charlotte Perkins Gilman, Gertrude Stein, and Djuna Barnes. This section of the course will open up some of the stereotypes of male and female identities and show the struggle of our writers to move beyond them.

The final module moves from mid-20th century to the contemporary. In Giovanni’s Room, James Baldwin offers a grueling portrait of pre-Stonewall gay life and the homophobia of the mainstream. We will pair Baldwin’s novel with the non-fictional letters of gay writer Michael Rumaker, dating from the same mid-century period. Tony Kushner’s Angels in America is a drama that moves through the Reagan era and the homophobia that accompanied the AIDS epidemic of the 1980s. Kent Monkman’s paintings bring us into the contemporary with disruptive insertions of a gay eros into scenes traditional dominated by the toughest cowboys-and-Indians kind of machismo. The course will conclude with Ursula LeGuin’s anarchic reimagination of sex and gender under the guise of science fiction. 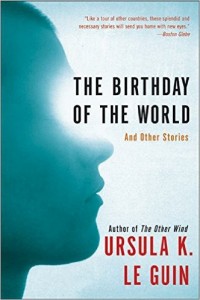 If that sounds like a lot of reading, don’t worry! Some of these works are short, and not all of them are books. We will watch Angels in America on DVD and view Monkman’s paintings online.

And we’ll have fun, since this is a 400-level course: that means a seminar format, more autonomy, and a chance to get into the work of your choice in depth!