My Poetry Month Choices: “Peach,” “My Mother Saw a Dancing Bear,” and “Under Aldergrove Lake” 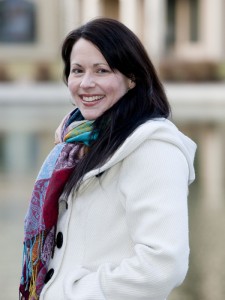 Even as a child, I disliked most children’s poetry. Dennis Lee’s Alligator Pie, one of the bestselling Canadian books of all time, left me cold when I received it as a gift in Kindergarten (and it still does). Nonsense and doggerel were never my thing—wistful, earnest child that I was.

But by late elementary school I’d discovered Romantic and Imagist poetry. Thanks, Mom, for open access to your extensive home library! Whether that was a formative experience, or whether I was simply waiting for them all along, I’m still partial to those styles. I swoon for poems that harness imagery to explore the depths of human experience.

When, as (very) occasionally happens, a children’s poem comes along and hits all these buttons, it’s a welcome reminder that not all poetry for children disrespectfully reduces childhood experiences into cheap and cheerful rhyme. The following three poems ripple through me every single time I read them. Still.

“Peach” by Rose Rauter has a powerful capacity to surprise. Every time I read it, I’m struck by how insightful—and accurate—Rauter is to make these unexpected sensory connections.

Touch it to your cheek and it’s soft
As a velvet newborn mouse
Who has to strive
To be alive.
Bite in. runny
Honey
Blooms on your tongue—
As if you’ve bitten open
A whole hive.
~ Rose Rauter

“My Mother Saw a Dancing Bear” by Charles Causley haunts me as mournfully now as it did when I first read it. The poem brings up unanswerable mysteries, like, why is the speaker describing his/her mother’s experience instead of a personal one? How could a maternal memory impact the child so intensely? But more to the point, this is a gritty introduction to the concept of animal rights, and I love the gravity of its philosophical stance. The sudden reversal in the poem, that shift from glee to horrified pity, is arresting. The imagery is so vivid. It gives me goose bumps every time. I have them right now.

My Mother Saw a Dancing Bear

My mother saw a dancing bear
By the schoolyard, a day in June.
The keeper stood with chain and bar
And whistle-pipe, and played a tune.

And then, my mother said, there came
The keeper with a begging-cup,
The bear with burning coat of fur,
Shaming the laughter to a stop.

They paid a penny for the dance,
But what they saw was not the show;
Only, in bruin’s aching eyes,
Far-distant forests, and the snow.
~ Charles Causley

While it’s doubtful enough that anybody’s heard of the previous two poems, this last one is guaranteed to be unfamiliar: it’s an (as yet) unpublished work by our own Katie Stobbart (graduating English Honours student, English Students’ Association outgoing President, and Cascade outgoing Editor), completed in the Fall 2014 semester for my English 315 class.

“Under Aldergrove Lake” uses complex, interconnected layers of imagery to conjure an extremely specific childhood moment. But the nuanced feeling Katie evokes will be recognizable to everyone who was one a thoughtful, yearning child. When I read this poem, I am instantly immersed in the strange, disorienting, beautiful, seeming inescapableness of childhood. Readers be warned . . .

Buried under covers, I dream of sand *
its soft, coarse weight in one palm, then
the other damp from the lake we made
carrying buckets to fill this deep hole—

through the water, making green
clear. Look into the mirror, dip

your eyes in. See the sunlight dim
and sounds slow to a single breath and a breath
Look up: the trees have gone still
as skyscrapers, the sky cobalt steel

—are you still there? mother calls, worried
I’ve gone too deep
into that other world. Lift myself to the surface. Breathe again,
forget, and wake.

where is here? my pale face pressed

against the glass.
~Katie Stobbart

*Due to the autoformatting of this blog template, line breaks in “Under Aldergrove Lake” do not appear as they were originally composed.