The year 2014 is a significant year for the South Asian community in Canada and British Columbia as well as to all Canadians as it marks the Centennial year of the Komagata Maru episode of 1914.

On May 23, 1914, a ship from Hong Kong carrying 376 passengers, mostly from Punjab, British India arrived in Vancouver’s Burrard Inlet on the west coast of the Dominion of Canada. The passengers, who were all British subjects, and therefore should have been allowed entry into Canada, were also  challenging the Continuous Passage regulation and other restrictive measures which were being placed to curb South Asian immigration to Canada. As a result of such restrictive policies on part of both the Provincial and Federal Canadian governments, the Komagata Maru was denied docking by the authorities and only twenty returning residents, and the ship’s doctor and his family were eventually granted admission to Canada. Following a two month standoff, the ship was forced out of the harbour by the Canadian military (HCMS Rainbow) on July 23, 1914 and forced to sail back to Budge-Budge, India where nineteen of the passengers were killed by gunfire from British Indian Army troops upon disembarking and many others imprisoned.

This dark moment in Canadian history was marked on Sunday, January 26th at the Sikh Heritage Museum located in the National Historic Site Gur Sikh Temple in Abbotsford, BC. The Museum launched its sixth official exhibition since its inauguration in 2011 with an exhibition titled: “Challenge and Denial – Komagata Maru 100 years later 1914-2014.”

The launch was very well attended with over 100 community members coming together to commemorate this episode. The speakers included Minister Mike De Jong, Abbotsford Mayor Bruce Banman, renowned local artist Jarnail Singh and a reading by author Tariq Malik from his book on the Komagata Maru titled: Chanting Denied Shores.

One of the highlights of the event included the keynote address from Nsibe Kaur, whose father Bhag Singh was on the shore committee that raised $60,000 in 1914 to assist the Komagata Maru passengers. Nsibe reflected on her experiences within the community in the early 20th century and the memories she had more specifically of the Gur Sikh Temple in Abbotsford.

The Centre for Indo-Canadian Studies also took a moment to honour Nsibe Kaur along with SFU Community Liaison Librarian Moninder Bubber for their contributions to preserving South Asian pioneering history connected to the Komagata Maru. 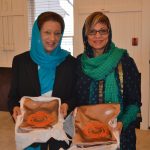 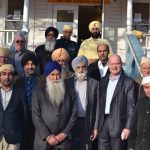 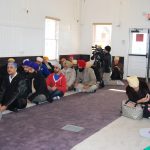 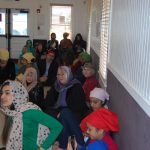 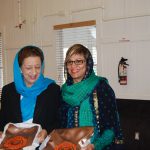 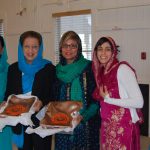