With the support of the Centre for Indo-Canadian Studies, its student group the South Asian Peer Network Association (SAPNA) was successful in being awarded the Global Citizenship Grant which allowed the students to organize a film screening of the Hindi language film ‘Peepli Live.’  The Global Citizenship Grants (GCG) is designed to support UFV student-led events, activities, projects, training sessions or other appropriate ventures that encourage the UFV student body to be Global Citizens and, in turn, contribute to the internationalization of UFV campuses.

Director Ajay Bhardwaj was the chief guest and moderated discussions afterward. Ajay is a documentary filmmaker based in Delhi, currently pursuing a PhD in Asian Studies from the University of British Columbia in Vancouver. Since 2002, while working on different themes, he has had a constant engagement with the north-western state of Punjab, interrogating all its mainstream narratives of culture, politics, history and identity. These explorations have emerged in a documentary trilogy:  Milange Babey Ratan De Mele Te (Let’s Meet at Baba Ratan’s Fair); Rabba Hun Kee Kariye (Thus Departed our neighbours) and Kitte Mil Ve Mahi (Where the Twain Shall Meet). His documentaries have been screened at international film festivals, academic conferences, and community and activist

There were between 25-30 students, community members, and UFV Faculty in attendance at the screening which was followed by some very lively discussion afterwards. 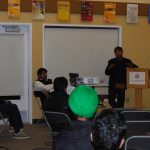 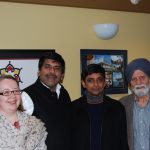 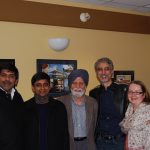