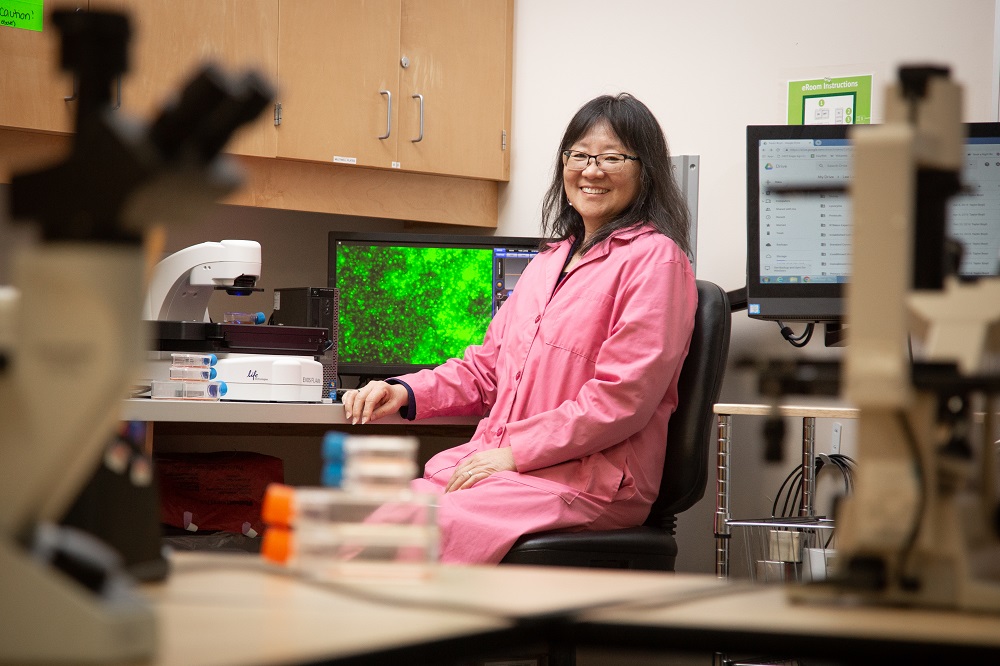 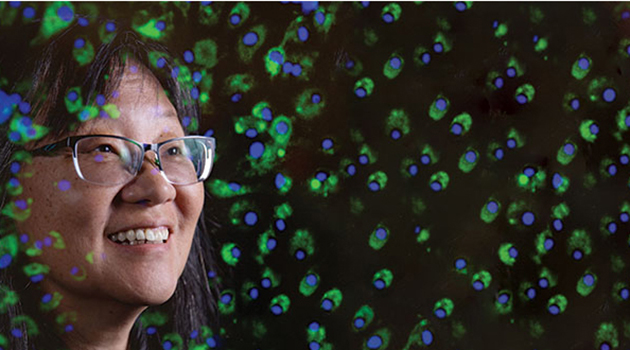 She’s on the phone, walking down the hall near her UFV office arranging a trip to New Zealand, having just returned from San Francisco. There’s an email from Chile in her inbox. Is she going to Japan in a few weeks? There’s also that shipment that needs to get on its way to Austria.

This is normal for Lee, as is apparent by her calm demeanor while she juggles all of these possibilities with a smile.

What is less ordinary is the reason she’s shuffling these various international to-dos.

In addition to her regular duties as the Dean of the Faculty of Science at UFV, Lee offers a growing global clientele something that is itself literally multiplying.

She shares access to her fish cell lines that — given the right conditions — are essentially immortal, continuously dividing, again and again, relatively quickly.

Having grown alongside Lee’s career, these proliferating cellular samples are sought after because of their increasing value in solving today’s urgent problems in industry and society.

Viruses can’t grow on their own, they need a live host,” she says. “But you don’t want to be injecting a virus in animals just to be a factory for viruses.

It was the desire to grow fish viruses in fish cells for research that was the impetus for the first fish cell line RTG-2 in 1962 — a less-defined line that would later provide some of the impetus for Lee’s own foundational work.