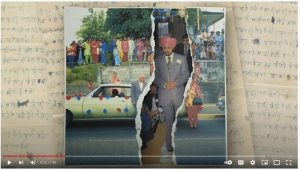 The NFB states, “For too long, the past has been the exclusive domain of the white colonial power structure. The good news is, we are in the midst of a paradigm shift in consciousness when it comes to appreciating history from multiple viewpoints. In this zippy NFB documentary, Hayley Gray and Elad Tzadok survey the inspiring work of a handful of community archives across British Columbia. It’s an important and timely reminder that the model of a centralized repository of records and artifacts is highly problematic—indeed, the official version of our history as presented by the Royal Museum of BC, for example, has consciously or not served to propagate a white supremacist narrative.

In contrast, Gray and Tzadok talk to curators and archivists from groups traditionally marginalized or excluded communities: Indigenous, Queer, Trans, the Chinese Canadian Museum, the Tahltan Nation, the South Asian Legacy Project, and others. Along the way, we learn the secret, neglected, and untold histories of this place we only think we know.”

The National Film Board will be screening the film in numerous sites. Please check their events page: events.nfb.ca/events/unarchived/