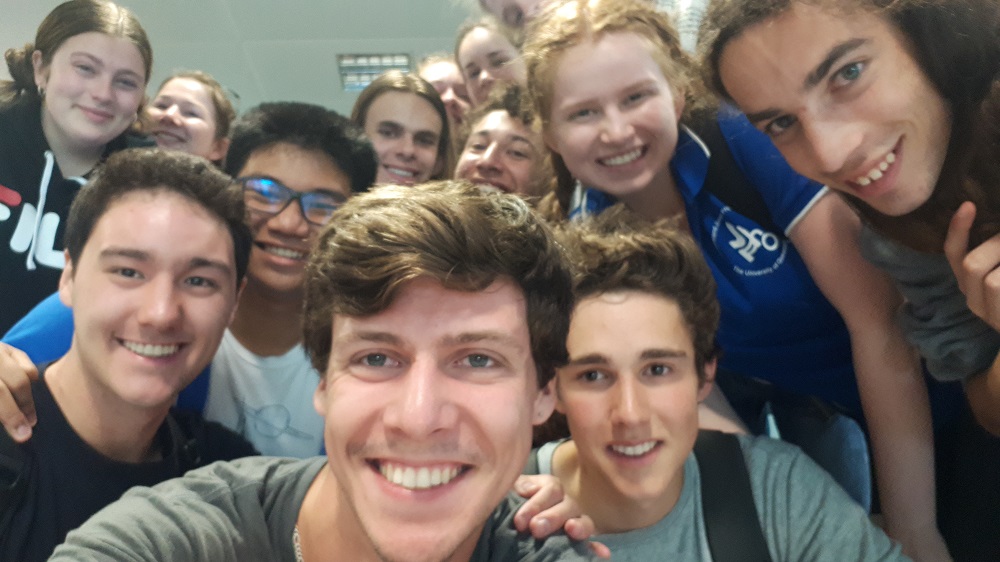 Hello one more time, everyone!

This day marks the final day of the LIYSF/CERN experience, with us visiting CERN itself. 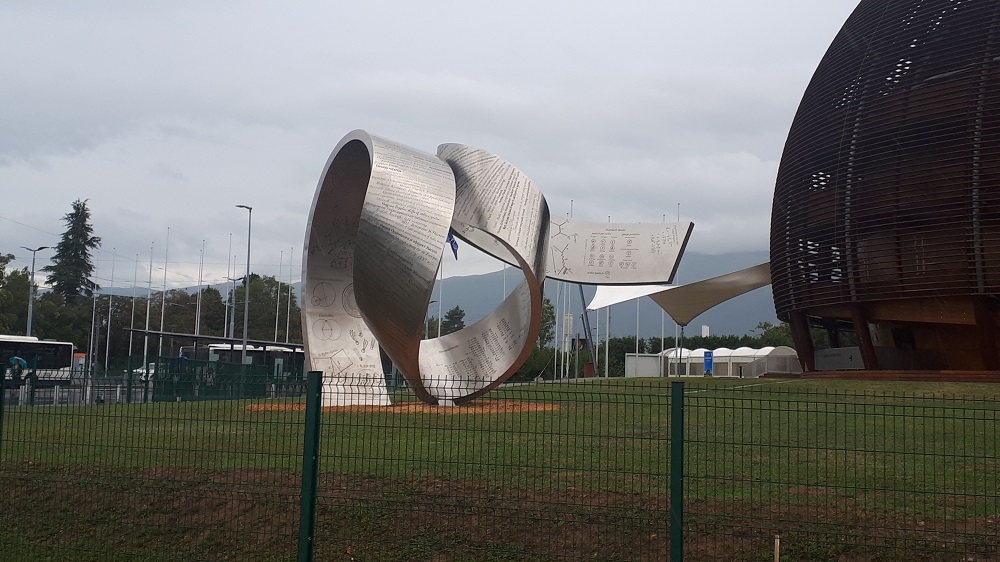 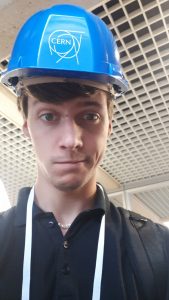 It was an early start, as it usually is. We had our last french breakfast and headed to CERN on the bus. When we arrived we were all given your typical visitor lanyards and entered the reception and gift shop, but only had time to peruse a little bit before we were all directed to the theater room. There we watched a video about CERN’s history and development. W 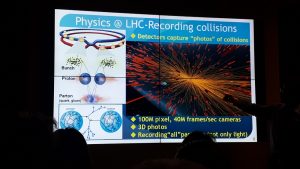 e then received a presentation from one of the individuals at CERN on their most recent work on the Large Hadron Collider (LHC) and the particles they were studying. The LHC is an underground 27 kilometer diameter circular track that conducts these high energy proton beams around it in both clockwise and counter-clockwise directions at 98% the speed of light until at one of the colliders, they are smashed together, pouring their massive amounts of data into the detectors. No biggie, right? 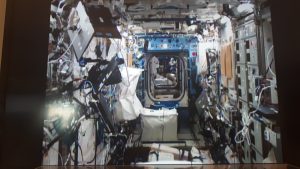 Afterwards, we split into small groups and toured the facility, where we saw cross 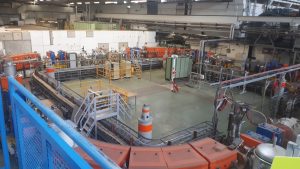 sections of the accelerators that pushed the proton beams as well as, once again, cross sections of the vessels that the beams travel in. We didn’t get the opportunity to visit any of the colliders, sadly, but their operation and design was shown to us in the presentation. We did, however, get to see other machines such as the Low Energy Ion Ring (LEIR) and the Extra 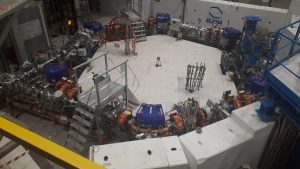 Low ENergy Antiproton (ELENA) decelerator. Such machines were used for decelerating and cooling antimatter for trapping.

After that we split into two groups: one to check out the LHC control center and the other to check out CERN’s involvement with the International Space Station (ISS). I went with the latter group. There, we learned about the Alpha Magnetic Spectrometer (AMS) and how it’s currently installed on the ISS collecting data on incoming cosmic rays. 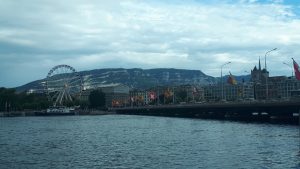 Then came the shopping, oh yes. I picked up some gifts for myself and some folks back home and contributed further to the old impulsive motif. You saw that coming, though. 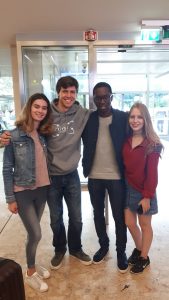 After CERN we went to dinner at the same diner as yesterday. This time instead of roasted chicken we had roast beef. It was covered with a type of mustard sauce that would give poutine a run for its money, and that’s saying a lot coming from a Canadian. After dinner I was honored to lead the rest of the CERN group in a toast to our fabulous LIYSF hall hosts/CERN guides. We thanked them immensely for all their hard work with loud applause and then stuffed our faces with chocolate mousse, before one last time, heading back to our hotel. A good night? I think so. 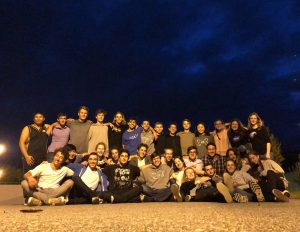 Of course, this program, like LIYSF, can be just that little bit more complete with a love circle. Once again, this time with several new people, we gathered in a circle and exchanged anonymous gestures of affection and gratitude. There were tears, laughs, and a unanimous appreciation for one another, as well as the reluctance to saying goodbye brewing in each of us.

With that, we all split into different friend groups and spent our last night living it up to the fullest. I conducted the last session of D&D of our trip and enjoyed every second of it. With one last late night, we all went to bed.

Unlike before, we awoke very early, and went to breakfast, luggage in hand, before loading onto the bus to the airport. There was another round of tears as we made our goodbyes in the airport. Worse even, was that the front desk to my airline didn’t open for the longest time, and I risked missing seeing my amazing group of friends leave for Australia. Fate, it seems, had decided that I would get that chance, and I got to make them all cry one last time before we parted ways.

LIYSF and CERN has gifted me with so many new and wonderful people in my life, and I owe these fond memories and new friendships to these events, their organizers, and of course, the participants themselves. The impact on my life has been huge.

Lastly, I wanted to extend a huge thank you to the University of the Fraser Valley. If not for them, this trip would not have happened, and I would not have known of the absolutely incredible experience this trip has been.

I lied. Lastly (for real), I would like to thank everyone for following and supporting my blog. I’ve gotten feedback over the internet and in person and it means a lot to me to share my experiences and hear what you all have to say. I know I haven’t been on the ball very much. In fact, I’m composing the last three blog entries in the Montreal airport right now. But it doesn’t change the experience, and I thank you for your patience and again, your interest.

This has been: proud Canadian and LIYSF/CERN participant Nikola Trotzuk.
Thank you again to everyone, I really mean it.

And as always,
Cheers, and goodnight,