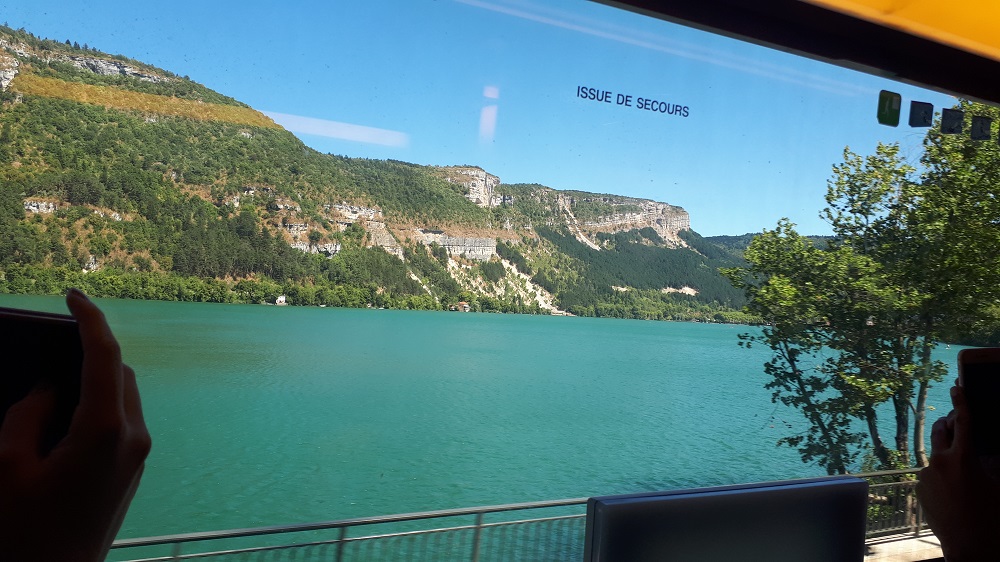 Today marked the 5th day of the CERN Programme, and our last bit of time in Paris. It was a short amount of time spent, as we wasted no time waiting and left for the train the moment breakfast was finished.

We loaded our luggage onto the train, and quickly noticed the issue that was taking place. Our single-decker train was supposed to be a double-decker. As a group we had made very good time getting to the station, so finding seats was not a problem. I can’t say that there was no commotion among other people who had to spend the train ride in the aisles. Our staff members from LIYSF did an excellent job of keeping track of us all despite this! Anybody catch my train track pun?

Now, I may or may not regret staying up late last night. My voice was nearly gone and I was tossing back pills and water like there was no tomorrow. Did that stop me and my friends from playing more D&D? Certainly not! Give the people what they want.

The train ride was quite pleasant. We were met with some beautiful sights that we took photos of and we had the company of each other and our baguette packed lunches. I’m really starting to like these things.

The train took us to a series of hotel blocks in a rural area in the far south of France. There we unloaded our luggage, dispersed into groups consisting of our new roommates, and I personally fell flat on my face on my new cozy bed.

Not long after getting settled, we headed out for dinner. Dinner was in a very cozy diner in Geneva, Switzerland, just across the border. There we had roasted chicken and fries, or rather “chips”. I spent dinner at the same table with the two staff members in charge of directing the CERN programme as well as two other LIYSF staff members who were visiting, helping along with the programme. It was a great opportunity to talk to them all and get to know them as more than just staff members. They have feelings too, I think.

Tonight calls for a early bedtime so that I can attempt to combat this virus some more. Sadly that means procrastinating on the blog even more. So apologies with regards to the massive delay in all these recent posts.

Cheers to everyone and goodnight, I’m going to kick some sore throat butt. That makes anatomical sense, right?