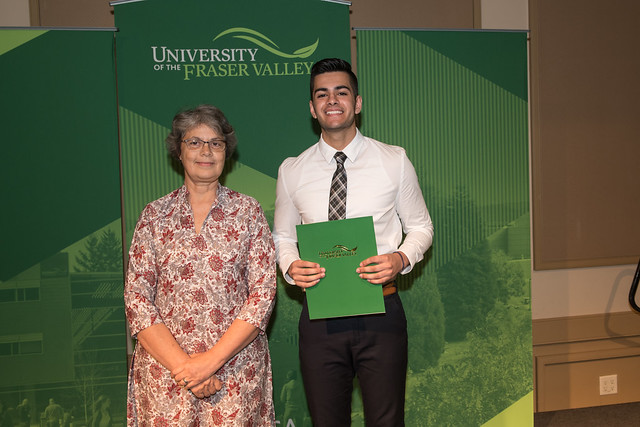 The SASI was pleased that Research Assistant, Shan Dhaliwal was awarded the 2019 Undergraduate Research Excellence Award.

Since January 2019, Shan has been working as a research assistant and social media analyst for the South Asian Studies Institute curated exhibit titled ‘We Are Hockey.’ The exhibit interrogates the experiences of peoples of colour in the sport of ice hockey, but more particularly, how the erasure of the experiences of peoples of colour within a Canadian landscape of memory has created a systemic problem. The ‘We Are Hockey’ museum exhibit highlights historic and persistent racially unequal representation within public discourse in the game of ice hockey. In particular, the historic players’ timeline increases access to a personal and collective evocative hockey history by showcasing the experiences of peoples of colour in the sport. The exhibit concept was based on Dr. Courtney Szto’s dissertation.

For the exhibit portion/section titled ‘Is Hockey for Everyone?’ Shan researched specific parts of the museum including the stories of specific players of colour. He also researched recent news articles/social media components that challenge an assumption that hockey is indeed for everyone. The second step of Shan’s work based on this exhibit design was thematizing content in public news articles. Based on the analysis of the news/media and social media responses, Shan’s report corroborates some of the concepts and ideas that have come out from the exhibit. The report will feature an introduction to the exhibit, exhibit methodology and layout, and then ending with his analysis and thematization of the news media and social media comments/responses and ideas around white privilege and white fragility in particular which have emerged out of the responses.

This report will be featured on the ‘We Are Hockey’ exhibit page that has been dedicated to this work/exhibit design and curation and can be found at: https://www.southasiancanadianheritage.ca/we-are-hockey/. A part of the research can be viewed at: https://www.southasiancanadianheritage.ca/we-are-hockey/is-hockey-for-everyone/.

In addition to his research report, Shan also submitted a guest post in the blog “Hockey in Society: Exploring Critical Social Issues in Hockey” which is managed by Dr. Courtney Szto. 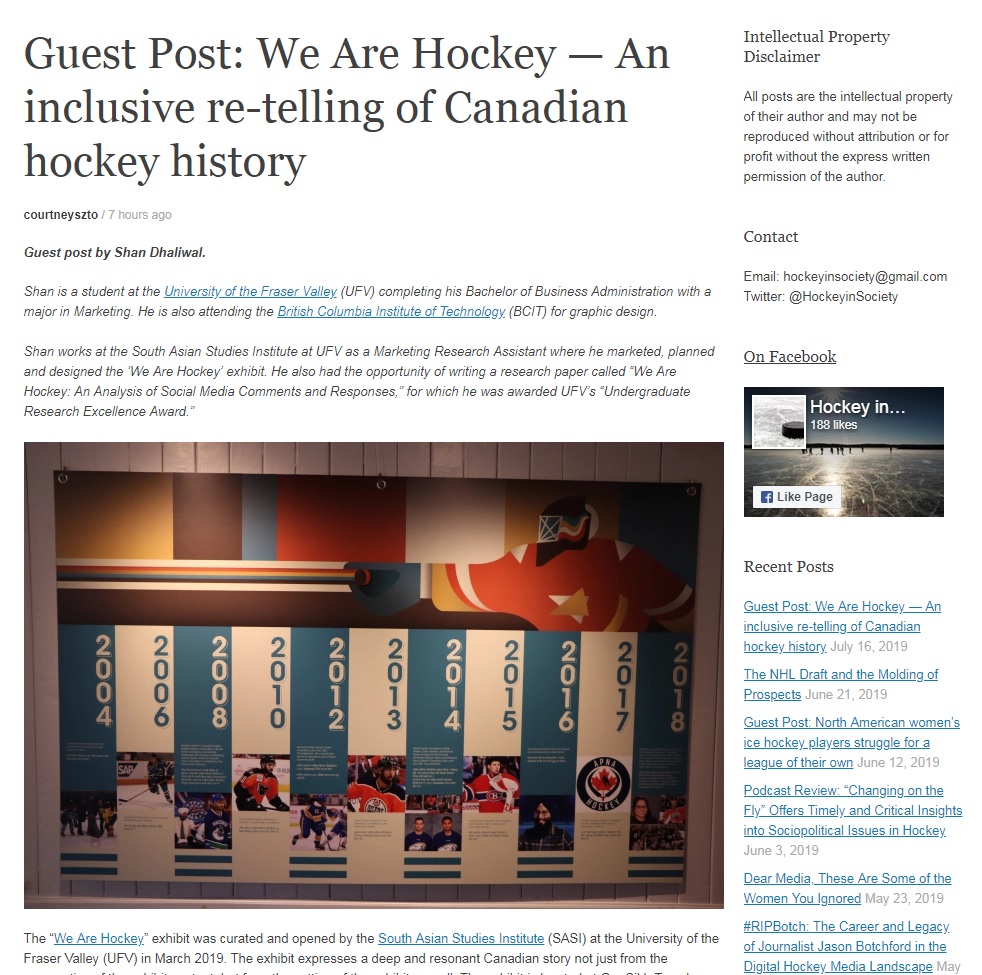