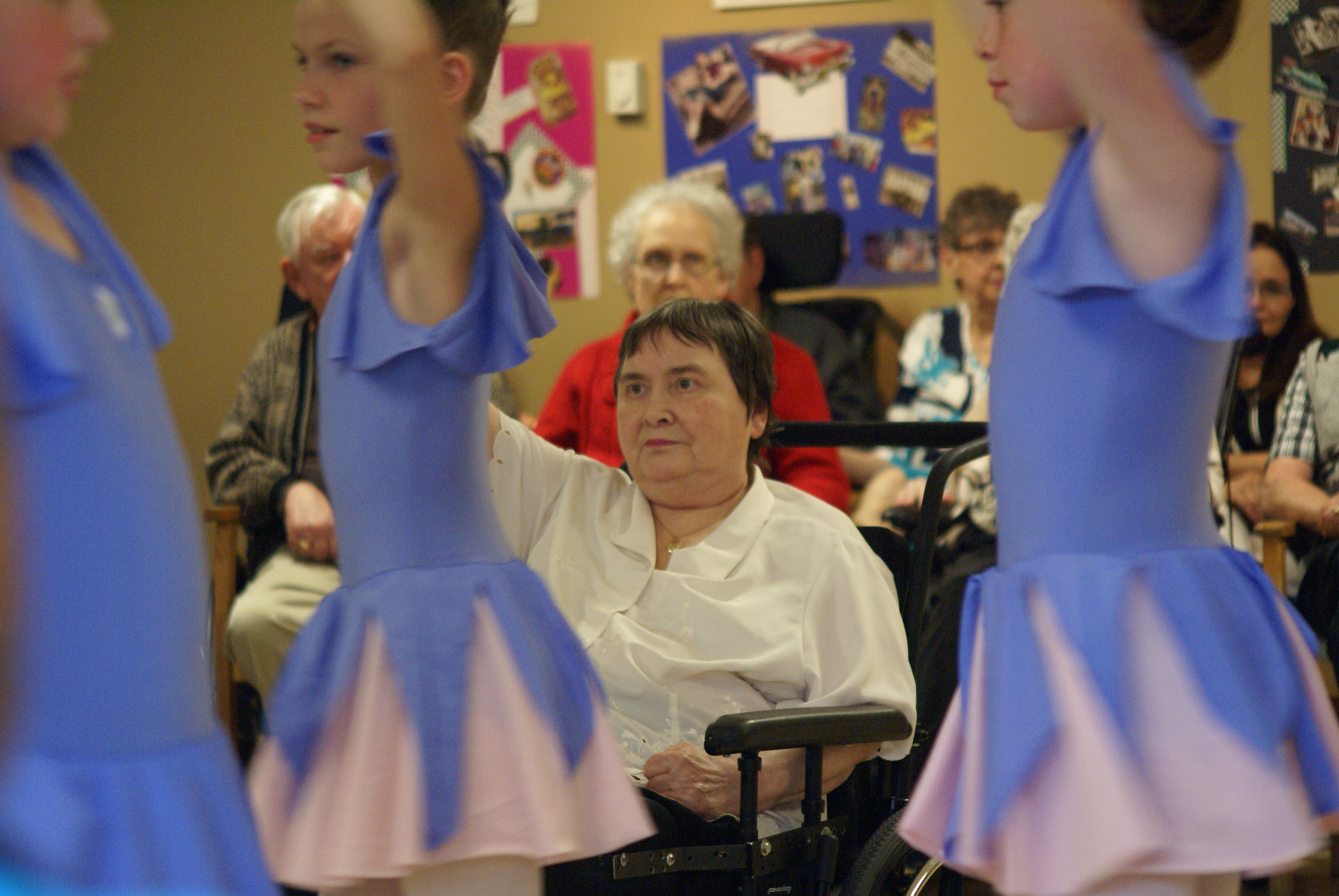 What do long-term-care residents and elementary-aged school children have in common? They are curious, benefit from social relationships, and can teach us that age does not matter.

Canada’s population is aging rapidly, but many of us don’t spend much time thinking about older adults, and view them in stereotypical ways when we do.

We live in a society that values youth. The younger generation’s view of aging is often obstructed by negative attitudes about older adults’ physical and mental functioning. But steps can be taken combat the stereotypes of aging that typecast seniors as slow, out of touch, not needing close relationships, and contributing little to society.

One way to combat negative stereotypes of growing older is intergenerational contact. For six months in 2012, UFV researchers Shelley Canning (Nursing), Dr. Michael Gaetz (Kinesiology) and Darren Blakeborough (Social, Cultural, and Media Studies) explored the benefits for both children and long-term care home residents participating in an intergenerational dance program in Mission, B.C. The intergenerational relationships were captured in a documentary film produced by students led by Blakeborough. This research project was undertaken by the UFV Centre for Education and Research on Aging.

Older adults were tested for physiological and cognitive benefits related to participating in intergenerational activity, and children were interviewed to explore their experience and attitudes towards their elderly dance partners.

Six years later, the research is still relevant, and the film has been selected as part of the Edge Film Festival at the UBC School of Nursing. This event features short films made in collaboration with nursing researchers and community partners that explore social and cultural contexts of health.

Changing Canadian demographics, coupled with the transformation in how people are aging, are challenging the traditional perceptions of older people. Seniors can be engaged, healthy, and very capable. Often working past traditional ages of retirement and aging at home, they are a tremendous resource. Not to mention, the growing demographic of older adults will drive the economy.

“The baby boomers will want to be more engaged and active as they grow older, and the current youth population will need to have more realistic understanding of aging,” says Shelley Canning, a UFV nursing professor and researcher affiliated with the Centre for Education and Research on Aging.

The way we view aging may influence how we perceive ourselves as we age. After all, we are all aging every day and often those who worry about growing older are holding negative ideas of what older age will bring.

“We see such negative representations of growing old in our culture, if we even see older people represented at all, that a project like this can help to combat some of the negative stereotypes toward aging that we grow up with,” says Darren Blakeborough, a UFV social, cultural and media professor and researcher affiliated with the Centre for Education and Research on Aging. 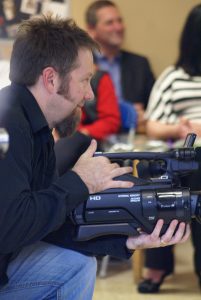 Canning, Blakeborough and Gaetz are excited to be participating in the event that will showcase their research in a film titled They’re Not Scary: An Intergenerational Dance Project.

Bringing older and younger people together is a positive step towards combating negative views of age as it fosters opportunities for both generations to build relationships and learn from each other, resulting in mutual respect, value and acceptance.

“The literature tells us there is a bias based on age that starts early in life with youth,” notes Canning. “When we combine that bias with limited opportunities for children to interact with older adults, we are increasing the likelihood of ageism as children grow older. Often based on changing family structures, where families are geographically separated, children and young adults do not engage with older people as often as previous generations did. Especially older adults in care.”

Intergenerational opportunities work to improve the lived experiences of all ages, Canning notes.

“While improved quality of life, wellbeing, and social and emotional engagement are increased for older adults who participate in intergenerational activities, children also learn about empathy, leadership, and become more comfortable with age.” 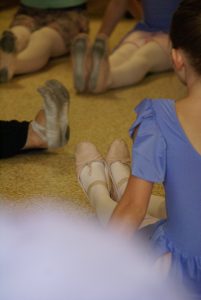 Intergenerational activities can create meaningful ways for young people to rewrite the narratives of aging that are too often understood in a context of decline. The common narrative of decline, such as aging as natural biological and physical deterioration, can be rewritten when young and older people are given opportunities to challenge the traditional storylines of aging.

They’re Not Scary offers an alternative story of aging through physical activity and social engagement. By participating in physical activity and being social with older adults, the younger generation is able to make sense of more positive perceptions of aging. Narratives such as the one told in They’re Not Scary suggest that intergenerational learning through dance generates stories for younger adults that weaken the negative narrative of aging.

The narrative displayed in the film also reshapes the way aging is experienced by older adults in care. Intergenerational connectedness contributes to emotional wellbeing and enables empowerment as older adults feel a sense of connection to their community.

Interested in attending Edge Film Festival? All are welcome to view the film at Chan Centre at the Royal Bank Cinema in Vancouver. Tickets can be purchased online. The event is on April 19 from 7–9:30pm with doors opening at 6:30pm. Tickets include a complimentary beverage. 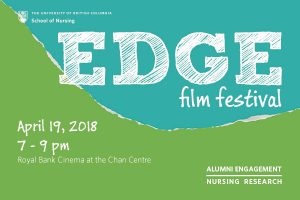