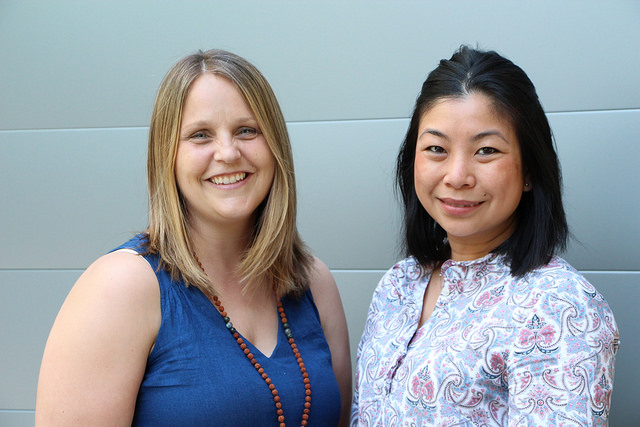 The people of Makeni, Sierra Leone, have suffered greatly over the past 25 years, due to a decade-long civil war and its lingering after effects, coupled with the Ebola breakout of 2014.

Already scarce, healthcare prospects for a city made up of over 112, 000 people became largely unavailable. The war left infrastructure destroyed and a vast majority of Sierra Leoneans displaced.

Catherine Smith, a UFV nursing faculty member, and Vice-Chair and director of ReSurge Africa, helped to rebuild the health-care system through a two-year volunteer stint in Sierra Leone starting in 2011.

Smith first traveled to Makeni as a volunteer nurse at Holy Spirit Hospital. While there, she connected with Martyn Webster, Chair of ReSurge Africa, a non-for-profit organization that seeks to train, support, and empower medical staff to create self-sustaining reconstructive burn units across West Africa.

“Burns are very common in Africa and no medical support exists for reconstructive surgery,” Smith explains. “Without attention from trained medical staff and reconstructive surgeons, Sierra Leoneans are often ostracized from their community. They can’t participate or be active members of society.”

ReSurge was initially developed in Ghana, and sought to train locals on the practice of reconstructive plastic surgery. Since 1992, the program has trained 16 reconstructive surgeons native to Ghana.

Through its success in Ghana, ReSurge migrated to Sierra Leone in 2009 to offer relief for the devastating effects of the civil war and Ebola crisis. “We met with the local hospital staff in Sierra Leone and established training support to set up the same self-sustaining model as Ghana,” says Smith. “The Ghana team is training locals to become doctors in Sierra Leone and we [UK-based registered nurses] are training local nurses. It is a capacity building project, and that is the 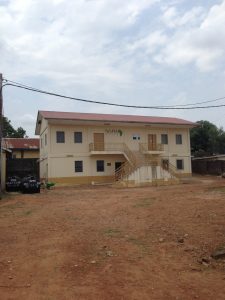 For Smith, nursing is more than her career. It’s a calling. She uses her nursing, management, and administration skills to help others around the world.

“UFV provides me with a solid and satisfying career. But we need to use our resources to help on a global scale,” says Smith.

Because there is no formal training for reconstructive surgery or burn rehabilitation in Sierra Leone, Smith is responsible for establishing training connections between Sierra Leoneans and trained medical professionals in the UK and India.

“We now have nurses who are skilled to provide burn care, and also physiotherapists who will return to West Africa after their training to run the burn services unit at Holy Spirit Hospital,” notes Smith. “The philosophy is if we provide the support for training, the locals will be able to return home and run the burns unit on their own,” she says.

The team has truly covered all bases of need. While the local trainees are preparing outside of the country, medical professionals from the UK are sent to Sierra Leone to run the services and fill the gap.

“We built Holy Spirit Hospital as a training facility for medical professionals and worked with locals to fix the problems, rather than doing it for them and then leaving,” says Smith. “The people of Sierra Leone are very ingenious. They’ve utilized what little they have to keep the unit going,” says Smith.

Smith’s role as a director primarily focuses on infrastructure advising, networking, collaborating, and strategic planning to take the next phase of the project forward. 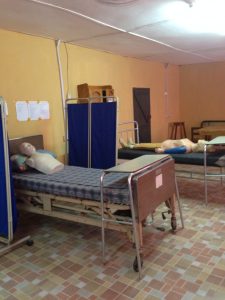 Smith is also responsible for training the nurses and allied health professionals by mapping them to various duties and courses across India, the UK, and Ghana.

New to UFV in 2017, Smith connected with her colleague Renette Aubin Boisclair, UFV nursing faculty member, who joined her with ReSurge for 10 days in April 2018. This was Aubin Boisclair’s first trip to Africa, and for Smith, it was like returning home.

The purpose of the trip was to engage with the local people involved in projects that ReSurge Africa is working towards, while also making connections for UFV.

“I started to become comfortable with my day-to-day routine and I wanted a change. I wanted to get perspective,” says Aubin Boisclair. “Offering my support in Sierra Leone was one of the most impactful things I have ever done professionally and personally. The philosophy about training them to be self-sufficient really resonated with me.”

ReSurge also offers a scholarship program for nurses in training, which Aubin Boisclair had the chance to facilitate by interviewing graduates of the program to understand what additional supports are needed.

“We had an opportunity to do recruitment for the scholarship program. We had over 12 applications for the scholarships. It was heartwarming to be a part of changing the landscape of health support for people with so little,” says Aubin Boisclair.

While Smith and Aubin Boisclair visited the town of Makeni, they had the opportunity to spend time at the local university where Smith volunteered from 2011 to 2013. During that time, Smith set up a skills lab and computer lab.

“When I first started seven years ago, the university lab was a room with a corrugated roof and lots of holes. I used to teach there and it was like a hut. Goats would walk through my classroom,” says Smith. “I realized I needed to do more beyond teaching, so I tapped into international companies as part of their social responsibility, and I advocated to have two nursing buildings reconstructed, with electricity and running water.”

Smith trained the local instructors how to use PowerPoint for teaching, and taught the nursing coordinator basic organizational skills to run the department more efficiently. By the time Smith left Sierra Leone in 2013, she left a legacy of a computer lab, a clinical skills lab, and a library.

The lab and library are still running, with a donation of used books from UFV faculty and students, and ICU staff at Chilliwack General Hospital.

“When you think about how often, as Canadians, we update our electronics, the people sustaining this lab are self-taught and using dated equipment. They’ve trained people, built fans for the computers, and set up a network to connect resources from the university to Holy Spirit Hospital,” says Aubin Boisclair.

As part of Smith and Aubin Boisclair’s visit this year, the university in Makeni will be working with Holy Spirit Hospital to build a networking educational system and labs in the hospital that newly trained surgeons and nurses can use to pass down their knowledge.

The long-term goal of the Sierra Leone project in Makeni is to make the reconstructive burns unit a national service.

“In order to do so, we need to collect data on burns injuries, which is extremely difficult because of the lack of care and under-reporting. The data is central to funding the program,” explains Aubin Boisclair.

Aubin Boisclair plans to carry out research for ReSurge by mapping together information on patient safety, quality care, and burns treatment.

Smith and Aubin Boisclair hope to expand opportunities between ReSurge Africa, the university in Makeni, and UFV nursing students to use Sierra Leone as one of the clinical hubs for the nursing program at UFV. “A lot of students have expressed interest in coming with us for their clinical placement,” says Aubin Boisclair.

“We feel the connection between the university in Makeni and UFV would fit well because, after all, we are both striving for strong community engagement. You don’t have to do a lot to have a huge impact. You just have to be present and willing, engaged, and open to the experience,” says Aubin Boisclair.

Smith and Aubin Boisclair will continue their work on servicing the reconstructive burns unit within Makeni, Sierra Leone.