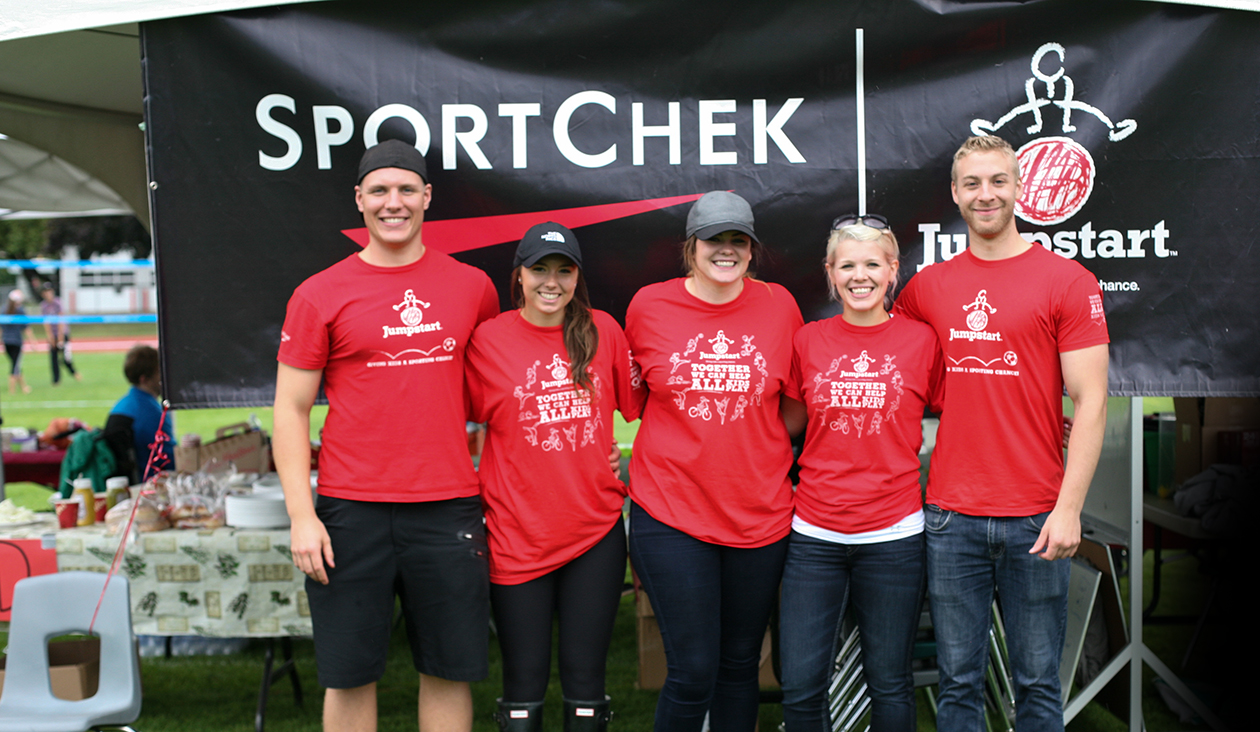 For the second year,UFV kinesiology students organized a charity volleyball tournament in the Chilliwack community to raise funds for the Jumpstart Program.

The Jumpstart program provides financial support to kids in the local community so that they are able to play organized sports and stay active.

This year’s tournament raised $3400 for jumpstart, bringing the two-year total to $6500 that will be used to support the Chilliwack community.

The two co-organizers for the tournament were kinesiology students PJ Retief and Michael Covey. Working with the Chilliwack Sportchek and various other local sponsors the tournament was held on August 20, 2016 at the Sardis Secondary Oval Sports Track.

“As a Kinesiology student and an active lifestyle ambassador being involved with an event that raised money to support organized sport for kids in the local community is a perfect niche for me,” said PJ Retief, who is also a local Sportchek employee and helped organize that partnership for the event.

“Being Involved means that I am contributing to building a healthier, more connected community that I feel will benefit people from all ages and demographics.”

The tournament is specifically a grass volleyball reverse coed 4’s style tournament that features a competitive, semi-competitive and a fun division.

As a UFV volleyball player and kinesiology student, running this tournament was a natural fit for Michael Covey.

“As a Volleyball player I have made multiple connections while playing in tournaments and leagues throughout the lower mainland during the past 3 years,” said Michael Covey.

“I enjoy running this tournament because I love how organized sport brings out healthy habits in people (social skills, sportsmanship, teamwork) that are valuable to people of all ages.”

After a successful second year, the tournament plans for 2017 have already started to take shape. The organizers have set a new goal for next year to have more than 20 teams and raise over $4000 for the jumpstart program.

The First Annual Tournament was held on August 29, 2015. Hosted at the Sardis Secondary Oval Sports Track with 14 teams participating. There were over 150 people at the event with $3100 raised and donated to the Jumpstart program.

The Second Annual Tournament was held on August 20, 2016. Hosted at the Sardis Secondary Oval Sports Track with 18 teams participating.  There were over 200 people at the event with $3400 raised and donated to the Jumpstart program.