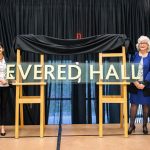 Mark Evered may be retiring from the presidency of UFV, but the legacy of himself and his wife Maureen’s will be commemorated in a very prominent way. At a thank-you reception on April 18, UFV Student Union Society President Suhki Brar announced that the Great Hall of the Student Union Building will now be known […] 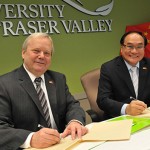 The University of the Fraser Valley will work with Concord College of Sino-Canada to provide aviation and business education to future pilots from China. The two educational institutions have committed to a partnership that will see up to 30 Chinese students per year enrolling in UFV’s Bachelor of Business Administration in Aviation in Abbotsford. The […] 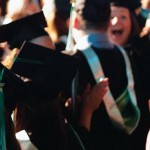 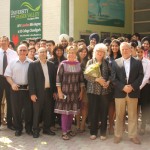 UFV president Mark Evered, along with vice provost and associate VP academic Peter Geller and Centre for Indo-Canadian Studies director Satwinder Bains, is currently visiting India to meet with students, faculty, and administration connected to UFV’s Bachelor of Business Administration program in Chandigarh, including Team Peary (George and Sylvia), who are teaching business courses there (see […] 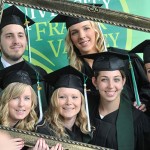 The University of the Fraser Valley sent another batch of its best and brightest out into the world on June 13 and 14, as more than 2,000 students graduated and more than half of them attended Convocation ceremonies, crossing the stage at the Abbotsford Entertainment and Sports Centre. UFV president Mark Evered addressed the grads […] 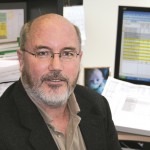 Although not as famous as Alvin Toffler, Herb O’Heron is Canada’s own educational futurist. Working with the Association of Universities and Colleges of Canada (AUCC), as Director of Research and Policy Analysis, he analyzes statistics and trends in education and makes predictions for the future of post-secondary education in Canada. O’Heron will be providing his […] 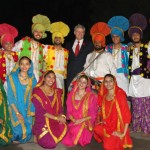 The University of the Fraser Valley strengthened its ties to India recently through an 11-day visit by UFV president Mark Evered and colleagues. And a visit by Prime Minister Stephen Harper and his trade mission to Chandigarh gave students from UFV’s business administration program there the chance to make a good first impression on the […] 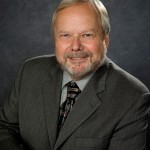 Dr. Mark Evered has been watching the University of the Fraser Valley with interest for the past few years. Now he’ll be getting to know the place a lot better, after recently beginning his term as the university’s fifth president and vice-chancellor. “This is really the capstone to my career,” he says. “It provides me […]