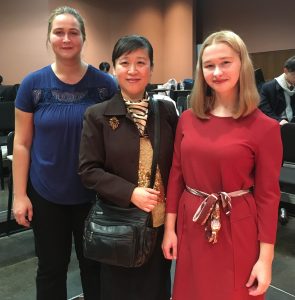 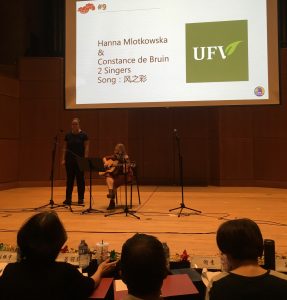 Hanna and Constance performed a duet singing the song Color of the Wind, a Mandarin Chinese version (with Hanna playing the guitar). They impressed the judges with their clear and accurate pronunciation of Mandarin and vocal harmony to the sentimental music. At the end of the three-hour-long contest, they seized the top three among the 17 contesting shows (another five groups of 4-12 vocalists were assessed and awarded separately) and were awarded third prize. 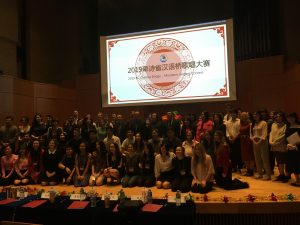