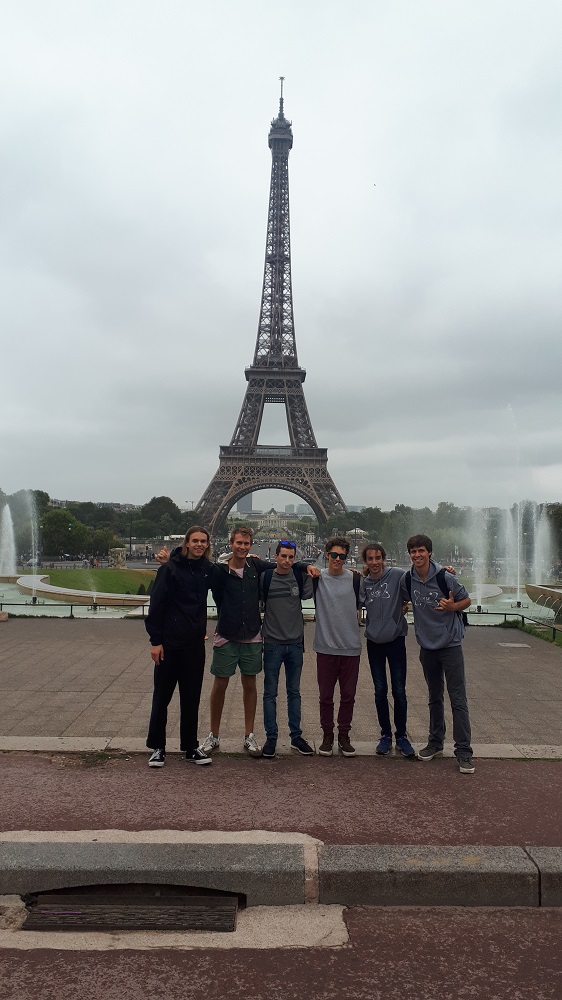 Today marks day 2 of the CERN Programme. Today was our first full day in Paris.

It started with breakfast in the hotel cafeteria. Nowadays it seems we have sliced baguettes with meat and cheese. The orange juice is truly magnificent, and is squeezed right in front of you when you dispense it.

Our journey for t 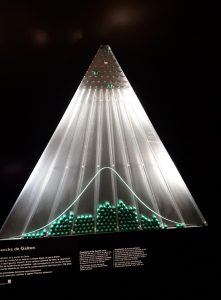 he day took us to Cité des Sciences et de l’Industrie, the large science and technology museum. Our tour guide showed us the fascinating exhibits on the human brain, astronomy, and mathematics at work. Additionally, we branched off into groups and got some pictures of a decommissioned hunter-killer submarine from the 1950s. We were provided with lunches of baguettes with meat and cheese in them. I think I’m starting to like the French experience. 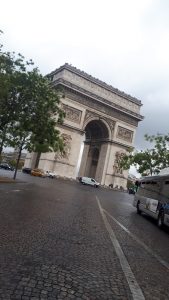 After the museum, we were given the rest of the afternoon/evening to ourselves. So my party of adventurers set out on a quest through the streets of Paris. We made our way to a street that was prominent for shopping. Needless to say, we saw some outrageous prices, but it’s Paris, so we picked up some souvenirs and continued down the street that led to the Arc de Triomphe. We were going to see it later during a tour, but we didn’t care. The Arc was massive and absolutely incredible, and we couldn’t pass up this opportunity. We snagged a few photos and proceeded to explore the streets, taking in all the fascinating new sights. Similar to London, the architecture was something 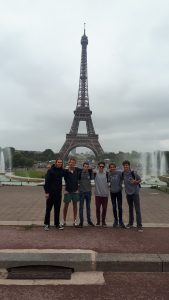 completely new, unlike anything I’ve seen before. Such a beautiful city! We continued to explore, going to another of the most iconic sites in Paris, the Eiffel tower. Many a picture, both appropriate and not, were taken.

When it came time for dinner, we headed into a new part of town where we went for a “Typical French Dinner”.  Apparently fries and chicken with gravy served with Pepsi is typically french. Where are the snails and baguettes?! Truthfully, though the meal wasn’t stereo-typically french, it was delicious, and with full stomachs, we headed back to our hotel. It was a wonderful day with friends, and it turned into a wonderful night with friends. I was honored to convert a few of the students into the world of Dungeons and Dragons. We had an exciting fantasy adventure full of late night sneaking out, armed robbery, and gelato. Then, we called it a night for real.

If every day in Paris is as wonderful as this. I don’t think I’ll want to leave!