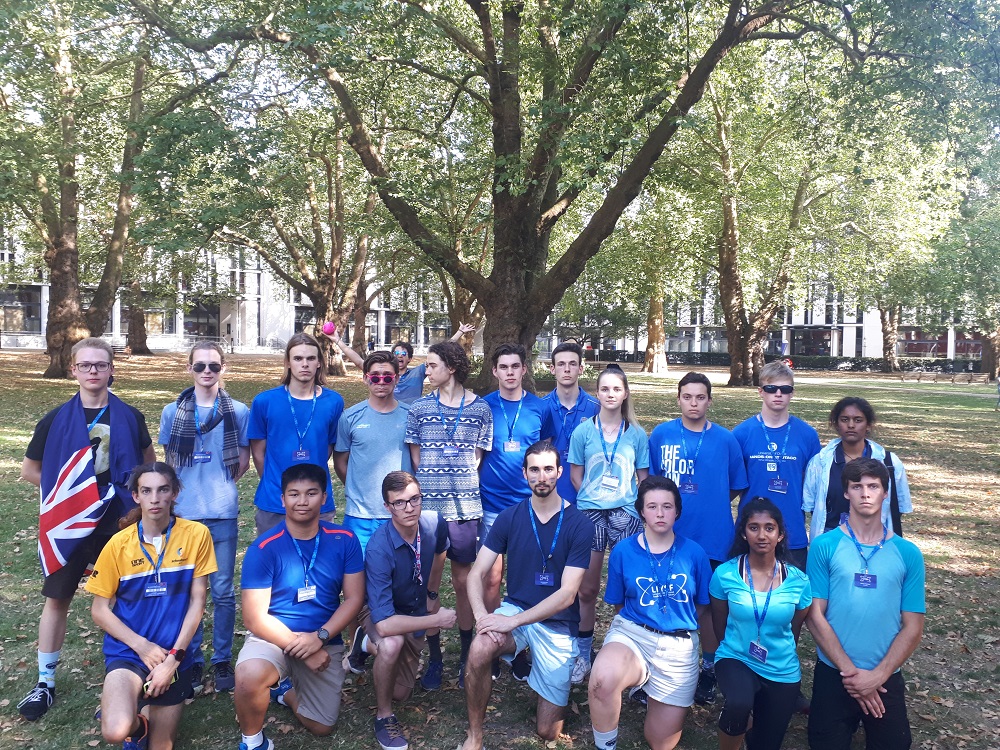 Hello again, everyone!
( not that I know how many people “everyone” refers to, it could be just one, (hi mom) )

So, today started with another plenary lecture, this time delivered by Dr Evelyn Gitau. Dr Gitau’s lecture, titled “Investing in Youth to Secure Global Health for Our Future”, touched base on many of many of the issues faced in Africa. More specifically, she provided real statistics on the number of impoverished, diseased, and malnutiritioned people present in certain areas, despite how readily available adequate food, water, and vaccine sources are elsewhere in the world. These statistics and pieces of information were very eye-opening, and gave me a different perspective on how life is over there and what needs to change to ensure that these people have access to the diet and medical treatment they sorely need. 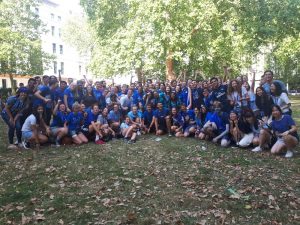 Following the lecture, it came time to shape the very legacy of LIYSF. The Sports Day Session. The participants at the forum are all divided into three groups, based on the locations at which they are all residing. These groups are Beitside, Richmond, and MGM. Today came time when each division would put forth a cadre of teammates to compete against the other “house” in a series of games. Last year, Beitside went home with gold, and so the responsibility fell on the shoulders of my teammates and I to keep said trend going. We dressed up in blue and met 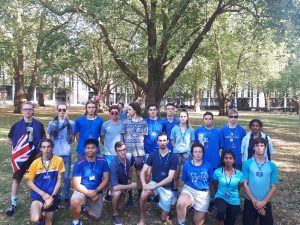 in the nearby park, where more and more of LIYSF’s participants continued to show up and amalgamate with their house. As the Blue (Beitside), Red (Richmond), and Yellow (MGM) groups continued to grow, so did the chanting and soon, the park was filled with the patriotic cries of each house. We then moved into the gymnasium where the games began. Popping balloons between peoples chests, lifting weights from the ground using helium balloons, and shouting directions to a blindfolded teammate were all games that took place.

It was a hard battle (and a sweaty one too), but a couple hours and dozens of lost voices later…..

Victory for Beitside!!! We are now two year winning champions, so the pressure is on for next year’s Beitsiders 😉 . Richmond and MGM played hard and cheered loud and were incredible competitors. However, they lacked our not-so-secret weapon that brought an unparalleled amount of determination and fervor: the Aussies. 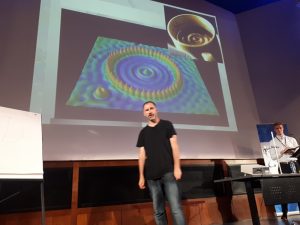 And what better way to wrap up such an exciting day than with an exciting lecture. Phillip Moriarty, a Professor of Physics at the University of Nottingham and a die-hard metal fan, delivered an enthusiastic and captivating presentation about manipulating single atomic particles of matter by pushing them around using an atomically thin n 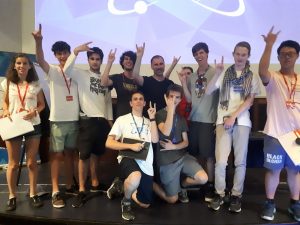 eedle. Amazing stuff! He then went on to explain more about how this now oscillating needle can be repelled by the force of atoms, changing the frequency of the oscillations and producing a 3D map of a molecule. And it’s all so easily done now, as Philip mentioned how his 8 year old son was able to arrange atoms into a configuration resembling the letter F. The enthusiastic Irish metal-head physicist concluded the lecture by promoting his book.

Yes, he distributed his book aerially into the crowd and answered so many of our eager questions! Truly a wonderful science communicator!

I’m a little sad to mention that the count down has started. 3 more days of LIYSF.