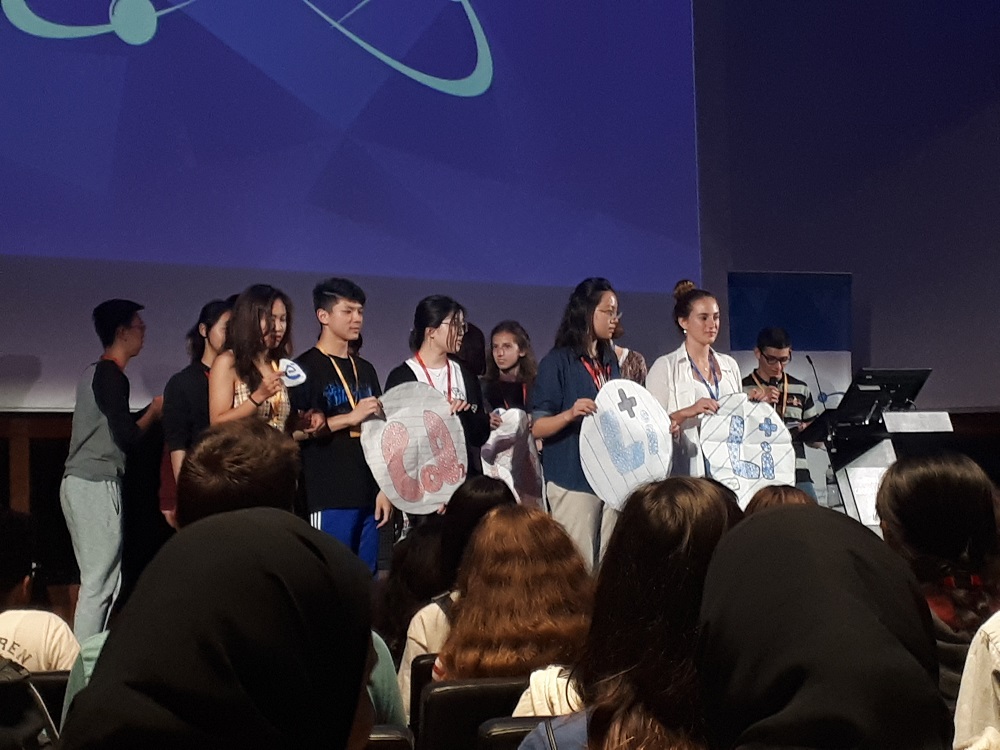 I thought this was a science forum. Today we celebrate the existence of the London International Youth Theater Forum. Don’t get me wrong, I love theater as much as science, but today was particularly interesting. 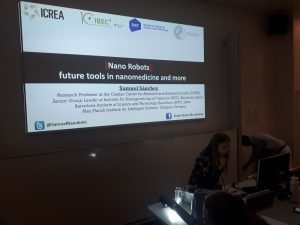 It began with our one and only Specialist Study Day. We all split into groups where we spent the morning receiving a lecture from one of eight special scientists. My group was with Dr Samuel Sanchez, from the Institute for Bioengineering of Catalonia. He taught us about the different types of nanobots he and his team have developed and how they each self-propel themselves and can be controlled via magnetic fields to track down cancerous cells and move microscopic cargo. Before today, I knew nothing about nanobots and their contribution to health science. Incredibly fascinating stuff!

That’s where the OTHER kind of fun began.

Each of the eight groups was individually tasked with representing the content of their lectures through some means. It was an open ended exercise in science communication. Some decided to emulate a news channel, while others played interactive games, even grouping themselves together to represent bodies of matter and proceeding to smash themselves together. You see now why I say theater and not science. There were hilarious and informative displays of each of the professors’ current work that were presented with much excitement in front of all the participants. 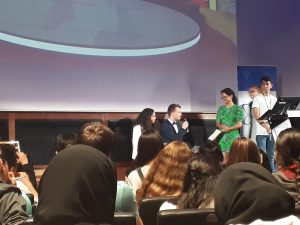 The group I had the pleasure of working with titled our presentation: Harry Nano-Botter and the Deathly Tumors. It was an epic and humorous portrayal of how the nanobots track and eliminate tumors, while drawing many parallels between the research and the Harry Potter universe. In the end, Harry Nano-Botter defeated VoldeWart.

We concluded the day with a lecture delivered by Professor Sophie Scott from the University College London titled “The Science of Laughter”. In this lecture, there was much laughing, as you might guess. But there was also much that we learned about the noticeable physical consistencies of certain emotions throughout very different cultures and how people slipping on ice and falling is irresistibly hilarious.

Professor Scott believes that “Laughing should be taken more seriously.” A little counter-intuitive, but from what she was able to teach us, I think her statement is justified.

Another great day at LIYSF!

Cheers and goodnight, as per usual,