CICS Commemorates 30th Year since the Anti-Sikh Pogroms in Delhi

The anti-Sikh pogroms of 1984 in India serves as a trigger of emotion for almost every Sikh around the world – a reminder of tragedy, betrayal and genocide. In order to gain an understanding of the events of 1984, and to come to terms with the fact that thirty years have passed without much resolution, the Centre for Indo-Canadian Studies hosted two events to mark the year. The first was an exhibition launch featuring the photographic essay of Delhi-based photographer, Mr. Sanjay Austa, titled From Lost Childhood to Uncertain Future. The exhibit displayed images of the survivors of the anti-Sikh pogroms, as well as the next generations in the hardest hit area of Trilokpuri, Delhi. The launch featured a thought-provoking keynote address from UFV Provost and Vice-President Academic, Dr. Eric Davis. Dr. Davis reiterated the need to continue to remember, saying: “For those who carry the traumas of the past in their bodies, on their skin, the world remains torn until both they and the world can heal. When we—you and I—fail to remember the traumas of the past, we tear the world all over again.  Art like Austa’s, exhibitions like this one, are so important because they help us to practice Tikkun Olam [Jewish concept of healing, repairing and transforming the world].  They help us to heal, repair, and transform the world.”

In addition to the exhibition which was available for viewing for two weeks at the Centre, the CICS also hosted a symposium to allow for an academic response and reflection. The symposium, titled: Justice Denied/Collision Denied 30 years later: Reflecting on 1984 anti-Sikh pogroms featured a keynote address by Dr. Parvinder Kaur Mehta of Siena Heights University, USA. Dr. Mehta’s paper, titled “Repressive Silences and Whispers of History: Legacies and Lessons of 1984” looked at what mode of historicism can be adopted that can generate ethical imperatives of acknowledgement without essentially co-opting or appropriating docile victims and offering merely reductionist, ultra-nihilistic versions of traumatism for one minority. The second panel featured UFV scholars, Satwinder Kaur Bains, Nicola Mooney, Rajnish Dhawan and Kusum Soni. The third and final panel of the day featured graduate students. The symposium allowed for some very meaningful and powerful dialogues and a chance to reflect on 30 years and the ramifications of those 30 years hence. 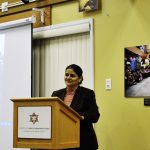 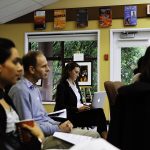 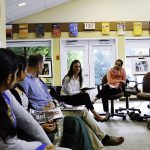 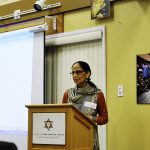 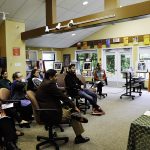 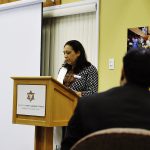 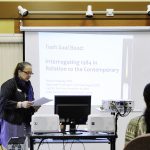 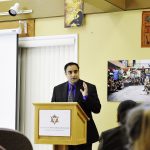 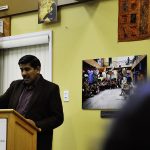