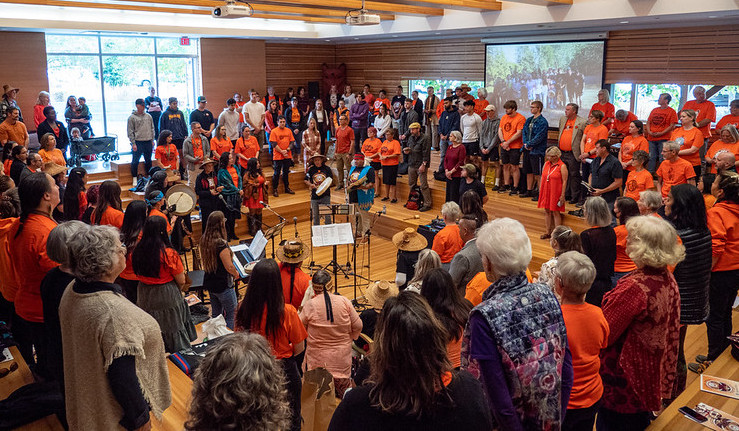 After two years where campus life was heavily impacted by the global pandemic and Fraser Valley flooding, 2022 marked a return to more familiar days at the University of the Fraser Valley.

There were in-person Convocation ceremonies in June, and most courses and programs were offered in a face-to-face on-campus setting in the fall semester.

And there was a lot to celebrate.

UFV was once again named one of BC’s Top Employers in February, and in March the university residence revealed a newly reimagined name: Lá:lem te Baker, in recognition of its location on the traditional lands of the Stó:lō people. Soon after that name alteration, the provincial government announced funding for a second residence on the Abbotsford campus and improvements to dining facilities. The Province is providing $70.3 million toward the $82.3-million project, which will triple housing spots on campus. The third floor of Building D on the Abbotsford campus also underwent an extensive renovation, and will open again early in the new year. UFV also created inclusive, gender-neutral change rooms in its Athletic Centre.

Two trades students won medals at the Skills Canada national competition in May.

Dr. Joanne MacLean was reappointed by UFV’s Board of Governors as UFV President and Vice-Chancellor for a second term ending June 30, 2028. In June she told this year’s graduates that they had persevered through stressful experiences while pursuing their education.

“You will be remembered for your resolve, your commitment, and the determination you have shown to complete your credentials in the midst of the worst global health crisis in living memory,” MacLean noted. “In addition to the pandemic, you have lived through recent catastrophic flooding in our communities. You have managed layers of adversity and it has not been easy. It has taken determination, your hard work and the support of your professors and friends and family, and it has taken dedication to embracing change and challenge and finding a way forward. And you have done it!” 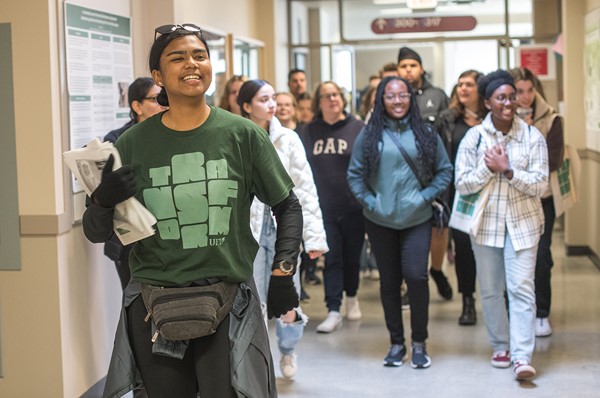 UFV presented honorary doctorates to four Canadians who have made a significant contribution to their field and Canadian society: Dr. Jo-ann Archibald, Diane Delves, Peter Dhillon, and Shirley Turcotte.

UFV continued to make progress on several fronts related to sustainability, including working towards certification in the STARS (Sustainability Tracking, Assessment, and Rating System) framework, rehoming surplus furniture, starting a pollinator garden, and creating an environmental checklist for event organizers. 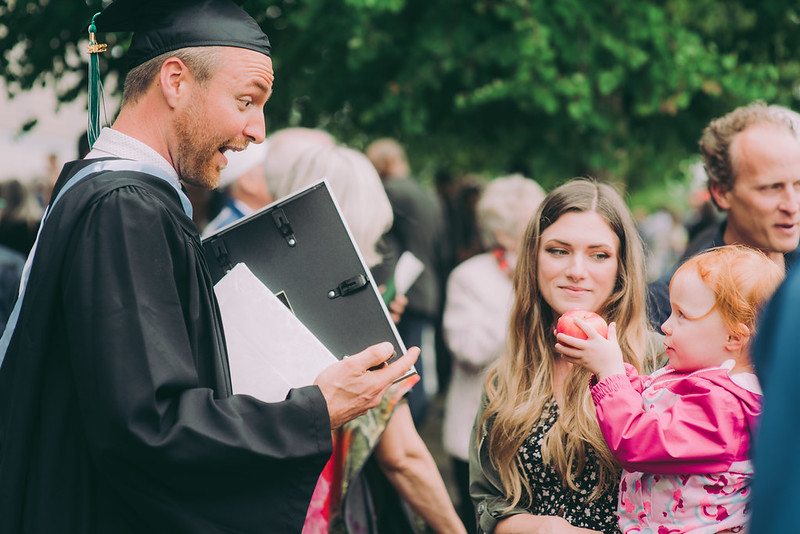 UFV marked Truth and Reconciliation Day with Chowiyes-Xwithet/Rise up – Wake Up, an event in the gathering place on the Chilliwack campus that honoured the spirit of children lost to residential schools, survivors and families.

Also in the fall, UFV was the first university in British Columbia to receive Age-Friendly University status.

A new generation of potential students came to check out their future options UFV at a successful Open House in October. The university also marked the milestone of 30 years of bachelor’s degree programming this fall, and will celebrate 50 years since its founding as Fraser Valley College in 2024.

Cascade athletic teams competed in Canada West and U SPORTs leagues. The women’s basketball team enjoyed a strong start to their season in fall 2022, ranking as high as third in Canada in U SPORTs’ weekly national rankings.

In-person events were more frequent in 2022 after the restrictions imposed by the pandemic in the previous two years. UFV hosted a successful Fraser Valley Literary Festival and two theatre productions, including the innovative Ghosting of Sumas Lake, a new ‘devised theatre’ production inspired by the Fraser Valley floods of 2021 that also featured a spin-off gallery exhibit. The catastrophic flooding event also led to the Flood Stories project, which saw UFV collect and curate stories about people’s flood experiences.

UFV marked one year since the Fraser Valley flood in November with a special reception recognizing donors to the Abbotsford Disaster Relief Fund, a partnership effort of the university, the Abbotsford Foundation, and the Abbotsford Chamber of Commerce that raised $4.44 million for local flood relief.

Faculty and students demonstrated innovative responses to local and world events and issues and unique collaborations, such as trades instructors creating metal sculptures promoting peace in the wake of the war on Ukraine, a political science professor writing a book about gun culture and the NRA, and carpentry and culinary students working together on a special event.

Donors and partners continued their generous support of UFV. The commemorative paving stones project was unveiled in February. This new area between Buildings A and B in Abbotsford allows donors to honour loved ones and support UFV students. RBC, a long-time partner of UFV, launched RBC On Campus, an educational centre for students staffed by advisors providing free one-on-one advice, seminars, and workshops on topics ranging from student finances, financial literacy, and financial planning to career advice and wellness promotion.

UFV welcomed community supporters to its Abbotsford campus on November 10 for Town & Gown, a celebration demonstrating the transformational power of a UFV education. The event raised $210,690 in support of students. This more than doubled the event goal of raising $100,000 to fund 100 new scholarships.

Alumni of UFV continue to have an impact locally and globally. Nurse and educator Matt Douma and energy sector professional Kara Chan were chosen as Distinguished Alumni and Young Distinguished Alumni recipients for 2022. Teacher and artist Shannon Thiesen designed the annual alumni commemorative wine label. Science alumnus Chris Pascoe is doing innovative research on causes of asthma at his research lab at the University of Manitoba.

And UFV continued its tradition of honouring grassroots community leaders with its Betty Urquhart Community Service Award, named for one of its founding employees. This year’s recipients were Amber Price and Anastasia Krapchatova. 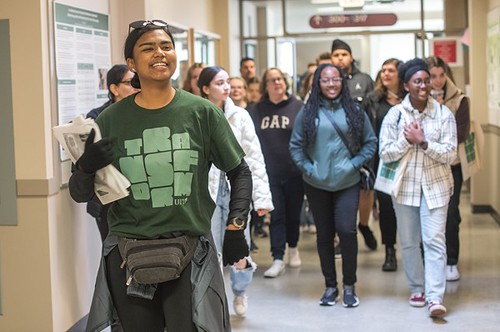