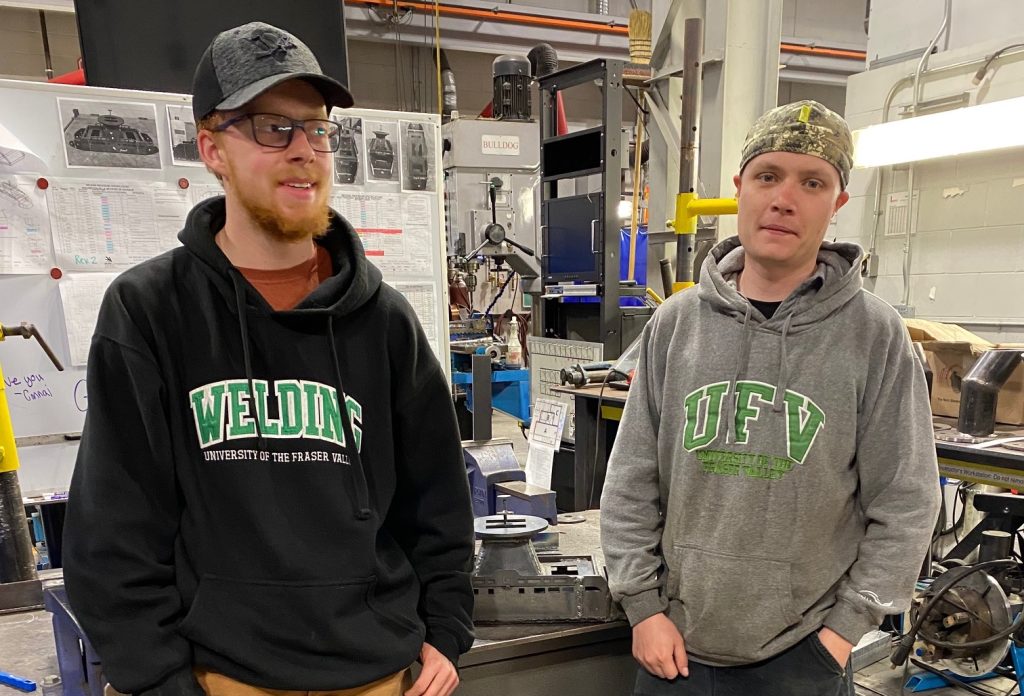 UFV was well represented at the Skills Canada National Competition, held in Vancouver from May 25-28.

Electrical apprenticeship student Taylor Smith took silver in a competition to determine placements on Team Canada for the WorldSkills competition, to be held later this fall. The gold winner qualified for the global competition. As silver medalist, Smith will be an alternate if the gold medalist cannot compete.

Crevier is in a dual-credit program with Chilliwack School District, in which the students do half the Welding Foundation at Sardis Secondary and then come to UFV for the second half. The Chilliwack Progress featured him last week when he won the provincial title.

Welding instructors Chelsey Fulford and Matt Olafson mentored Crevier to help him prepare for the competition; mentors for Tyler Smith include Myles Andrews and Brock Hartman. 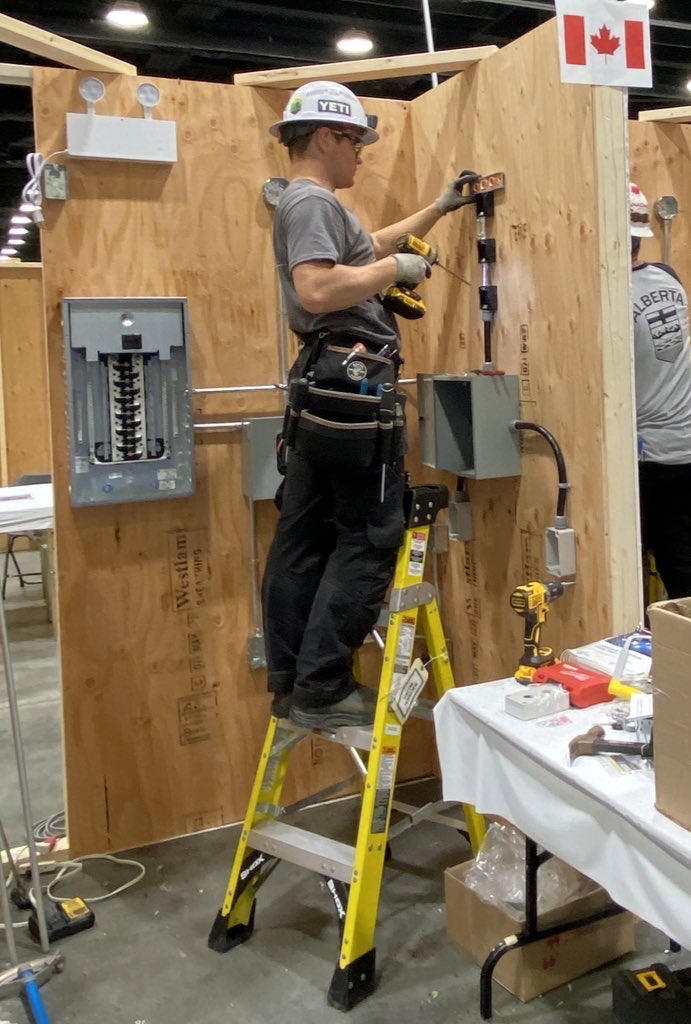 Taylor Smith at the competition.

UFV faculty and students were also involved in the set-up of the competition. Carpentry instructor Patrick Watchorn and his students built the platforms/panels for the Electrical Installation and Plumbing competitions on site at UFV’s Trades and Technology Centre, and Joel Feenstra and his students put them together on site at the Skills Canada competition at the Vancouver Convention Centre.

Three UFV faculty were part of the National Technical Committee for their discipline: Brock Hartman in Electrical, Pat McGurk in Welding, and Avner Bachar in Mechatronics. This involved working as a committee member to design the competition projects and then being there on-site to assist with the competition,  including set-up and takedown and judging as required.