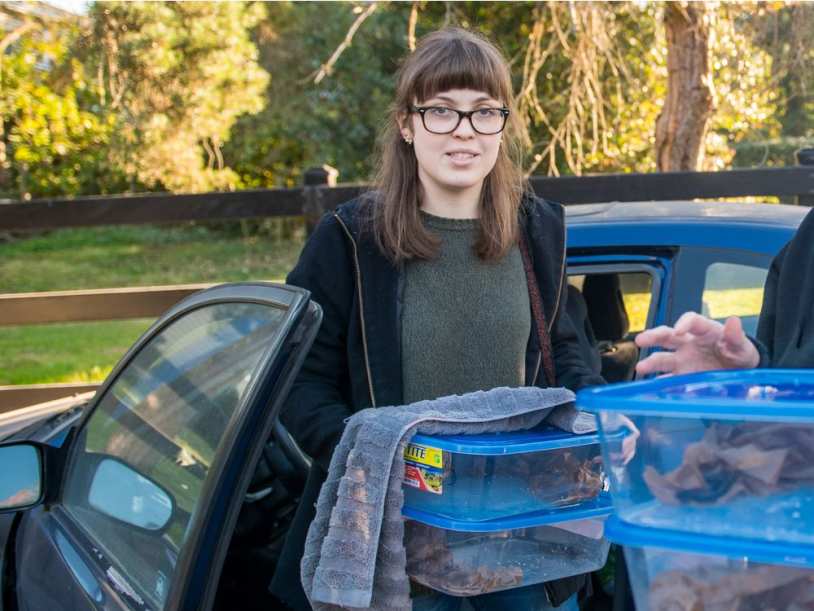 As part of her undergraduate degree, Jessica has taken on an independent research project with her professor by studying the northwestern salamanders.

While the local salamander population seems to be going strong, many amphibians are endangered, including some frogs. Because they have permeable skin and live in both water and on land, they respond quickly to changes in climate.

“We don’t really know if this species is declining because there hasn’t been much study. If they’re not declining, it could be useful to understand why they are doing well when other amphibians are not,” said Dalton.

There is not much known about the northwestern salamander so with some help with a tiny transmitter implanted into their 3 research subjects Alice, Sam and Cornelius they hope to change that.

Barclay is hoping it will be easy to find and recapture her tiny test subjects in six weeks before allowing them to return to happy anonymity.

Keep up the great work Jessica and Christine!