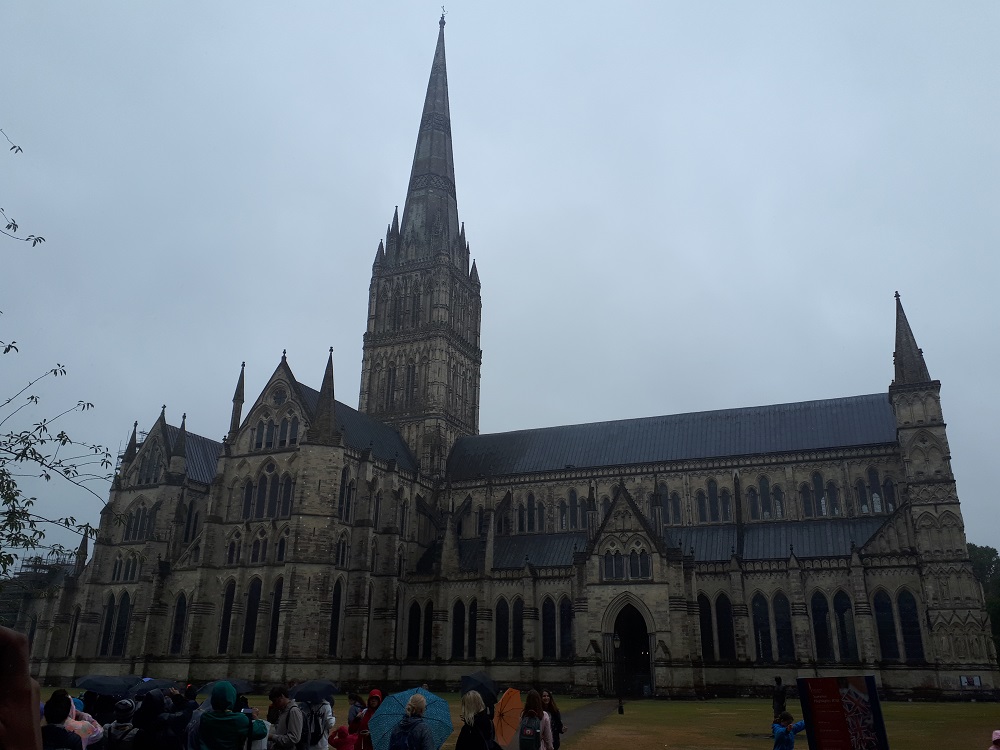 Good morning! (This was supposed to be done last night, I have a problem, send help)

Yesterday was an amazing experience, and I believe that it can be portrayed using Empedocles’ four elements.

As I may have mentioned earlier, London was very recently hit with a heat wave, giving it very unusually warm and humid weather. That seems to have come to a close as students of LIYSF are beginning to be a part of the “True London Experience.” What started as a trickle just after breakfast gradually grew into a downpour as some of us walked together across part of London to grab our packed lunches. This quickly grew into a mad dash through a barrage of raindrops as we headed for the bus. Today we were about to see something iconic. 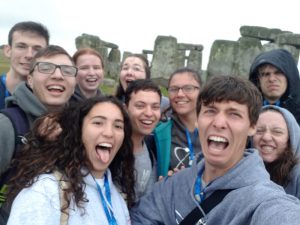 It surprises me to see that, despite gravity’s powerful pull, water can still fall at such a sideways angle. That’s right. Hoods did not protect people’s faces, umbrellas were turned inside out, and the occasional tiny human was swept away into the farther reaches of the universe, never to be seen again. This placed a blustery dampener (literally and figuratively) on our trip to Stonehenge. 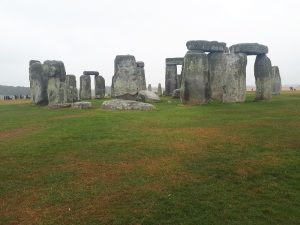 The iconic structure we know as Stonehenge is a milestone in one’s life, I believe. It is simply something everyone should go see at least once. Though it’s no thrilling attraction, Stonehenge captured my interest simply by how baffling it can be to understand that such seemingly immovable stones were arranged in this manner in an era without cranes or things of the like. The rain and wind were less than pleasant. However, this did not stop the undying excitement that came from the other LIYSF participants, least of all those from Australia and Luxembourg. We all continued past Stonehenge into Salisbury, where we continued to capture great photos and visit a massive cathedral. Truly humbling. The vibrant personalities and positive attitudes of everyone here are contagious. It really makes the weather harder to notice. I had a great time getting drenched and taking ridiculous and fun photos with new friends. 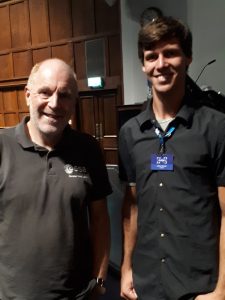 Well, I’m happy to report that nothing burst into flames but in our plenary lecture delivered by Professor Mark McCaughrean from the European Space Agency, the inevitable heat death of the planet Earth at the hands of our Sun’s natural decay was mentioned. His lecture encompassed the ethical and economic benefits and flaws of expanding space technology and reaching out to other planets, leaving a large portion of his time slot open to us in the audience to express our views. He discussed the potentially misplaced priorities of big named space companies and addressed concerns with settling on other planets as well as maintained our very own home planet. Furthermore, he touched base on the new satellites and space technologies being designed today and the magnitude of the size of the universe. Once again, truly humbling. When you recognize how small we really are in the grand scheme of things, its easy rationalizing eating an entire pizza yourself. Perhaps the element of fire can also apply to the burning passion I feel towards space studies. I could not miss the opportunity to approach Professor McCaughrean and ask him a few questions of my own. Or perhaps fire applies to the burning sensation I got from tequila last night. To further promote the theme of elements using newer generational slang: last night was lit. It was a wonderful and enlightening day that concluded with an amazing and enjoyable night of unwinding and socializing.