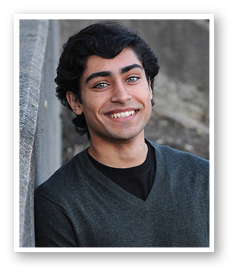 UFV student continues to Spread the Word to End the Word

Abbotsford is among the communities taking part in the Spread the Word to End the Word campaign again this year.

This is the fourth year that the campaign has been held in the community.

It’s designed to raise awareness about the dehumanizing and hurtful effects of the “R” word – retard or retarded – and encourages people to pledge to stop using it.

The campaign has been organized locally by Roshan Gosal, a Special Olympics coach who first began it in 2015 when he was in high school.

He is now a science student at University of the Fraser Valley (UFV), but continues to have the support of all 11 Abbotsford high schools, Mayor Henry Braun, the City of Abbotsford, and UFV.

Gosal was asked to speak at UFV’s Town and Gown Gala in November and held a successful End the Word campaign at UFV through the Friends of the Special Olympics Club.

“My goal continues to be to spread this awareness campaign throughout B.C.,” he said.

“Schools and universities are embracing this message of inclusiveness and are expressing their support in wonderful and varying manners at different times of the year.”

Gosal said he has invited every public school in B.C. to join the initiative.

“I feel we can all be reminded of the power of our words,” he said.

To join the campaign or for more information, visit r-word.org.