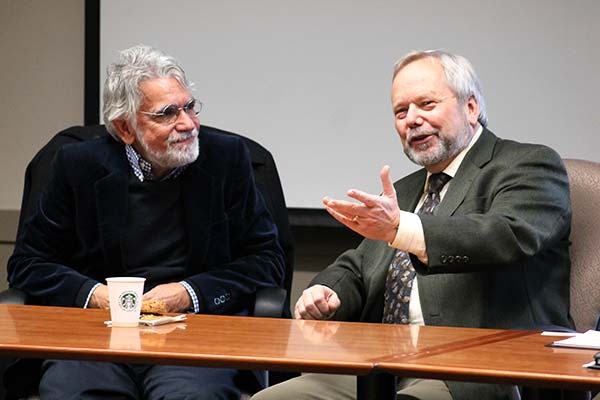 On Friday, February 8, 2012, the Ambassador and Consul General of Brazil in Vancouver, Sergio Abreu e Lima Florencio, visited UFV to meet a cohort of 31 Brazilian students who are studying here under the auspices of the Science Without Borders program.

Until 2014, the Science Without Borders program will provide one hundred thousand scholarships to top undergraduate and post-graduate students for one year of study at colleges and universities abroad. Universities in Canada are expected to host up to 12,500 Science without Borders students as part of the program. Science Borders scholarships are given primarily to students in the science, technology, engineering and mathematics (STEM) fields.

Ambassador Florencio opened the meeting by pointing out he has longstanding ties with higher education institutions in Canada. He completed a Master’s degree in Economics at the University of Ottawa in 1977 and is also a guest lecturer in Latin American Studies at Simon Fraser University.

“Four hundred and ten Brazilian students are currently studying in 20 universities and colleges in Western Canada,” reported Ambassador Florencio. “and UFV is hosting the largest group.”

Over the last month, Ambassador Florencio has met with Brazilian students through Skype and site visits to get feedback on their experience and offer his consulate’s support. He gave them practical advice about safeguarding their passport while studying abroad and expressed his desire to hear from each student personally.

One by one, students in the room introduced themselves, their university of origin in Brazil, their field of study, and the subjects they are currently studying at UFV.

Dr. Mark Evered briefly outlined UFV’s history, starting with its roots as a college serving the local community to its current status as a full-fledged university providing a wide range of programs, with a strong line-up of science, trades, and technology offerings.

“I am amazed at the diversity of courses our Brazilian students are taking at UFV,” Dr. Evered said. “We hope we can truly provide them with knowledge and skills without borders.”

Ambassador Florencio responded to Dr. Evered’s remarks by pointing out that expertise and excellence are not necessarily related to the size of an institution.  “Many innovations in science and technology have come from smaller universities, particularly those that are skill-based,” he said.

Ambassador Florencio encouraged students to be in touch with him, either personally or as a group. He also pointed his audience to a Facebook group that was launched specifically to foster community amongst Brazilian students in Canada. 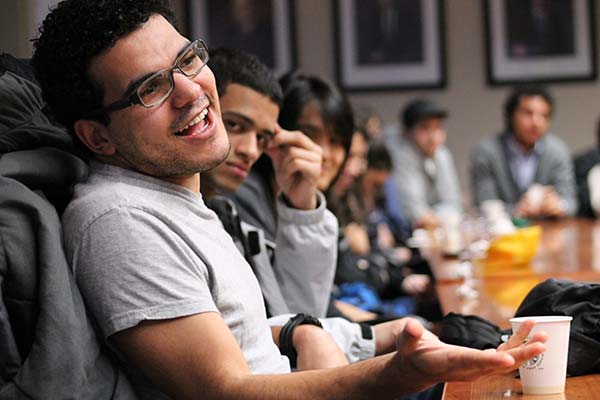