Do you think being “colourblind” is a solution or that historically oppressed groups should just “get over it?”  In this piece we explore what racism is, some history of government sanctioned racism through laws and Acts, the Canadian denial of racism, and what the government is doing to combat racism. Through this blog and the links we provide we hope you learn a bit about racism in Canada and how it shapes the Canada of today and inspires you to use that knowledge to shape the Canada of tomorrow as a country that values all its citizens and welcomes their contributions.

Racism in Canada seems to get swept under the rug so first, let us try to answer the what is racism? Charlotte Reading, in her article Social Determinants of Health: Understanding Racism, written for the National Collaborating Centre for Aboriginal Rights, explains that term definitions such as race, racism, ethnicity and ethnocentrism, and topics of interests such as ideology of racism, forms of racism, epistemic racism, structural racism, social exclusion, symbolic racism, embodied racism and the concept of “colorblindness.” There is obviously a lot to learn when it is time to answer the question of “What is racism?”

One of the concepts that we found it useful to explore for our piece is the concept of “colorblindness.” Something that on the surface seems perfectly reasonable – not judging people by the colour of their skin; that if more Canadians became “colorblind” our society would become more accepting, allowing minority groups, immigrants and aboriginal peoples to feel more welcomed in a place that they call their home.  In reality this is not anywhere near the answer. As Canadian scholar Robyn Maynard states “One of the reasons that racism persists in Canada is because our commitment to the perception of racial tolerance and harmony seems to be prized above the actual lived experiences of people.”

Charlotte points out that believing that ignoring skin colour will solve all our problems fails to consider the very real experience of racismthat occur in daily life. As a result, this attitude actually helps to maintain inequities. While people put into the category of “white” continue to access unearned priviledge based on their skin colour, racialized people continue to experience discrimination and oppression.  Rather than promoting social justice, colour-blindness is simply a new form of racism that becomes even more subtle and indirect. Forms that slip through the net of Canada’s laws and Acts of Parliament that are meant to stop racism.

Canada and a Government Sanctioned History of Racism

Currently, Canada has many laws that prohibit singling out people of a certain race or ethnic origin for discrimination. The Canadian Charter of Rights and Freedoms has a section that deals with equality and rights. It states that people are to be treated equally no matter their race, national or ethnic origin, colour, religion but this hasn’t always been the practice. In the past the Canadian Government has enacted laws that single out a race or ethnicity for exclusion. Some examples of this are the Continuous Voyage Legislation, Indian Residential Schools, the Chinese Immigration act, and the WWII internment of Japanese Canadians. 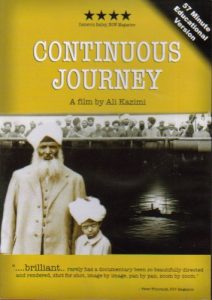 In 1908 and until 1947, the Canadian government Immigration Act included was was called the Continuous Journey Regulation. It stated that in order to be eligible to immigrate to Canada a person must complete their journey from their country of origin without any stopovers, or in other words a continuous journey. Without stating it, this regulation was specifically aimed at immigrants from India and Japan who, due to the technology of the time, were unable to sail to Canada without stopping at another country.

This regulation was challenged numerous times and was up-dated several times. One of the challenges, the Komagata Maru Incident of 1914 that happened in Vancouver, led to the death of twenty passengers and the imprisonment and execution of most when the ship landed back in Budge Budge, India. In 2008 the Canadian Government apologized for this incident.

Residential schools were Canadian Government funded school administered by religious bodies. They first opened in 1830 and the last one closed in 1996. The stated goal of these schools was to educate and convert to Christianity Indigenous youths so they could integrate into “Canadian” society but to accomplish this the method was to separate them from their families and culture and destroy their identity. Or as one government official said to “kill the Indian in the child.” Many of the children suffered years of abuse, neglect and death. The outcomes of this school system left generations trapped between two worlds. 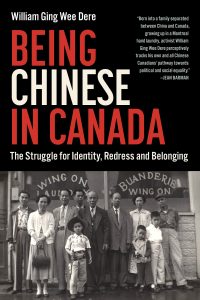 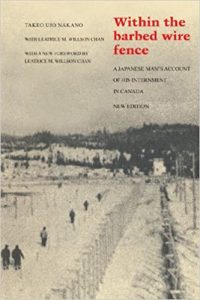 After the attack on Pearl Harbour in 1941 during WW2 the Canadian Government created a “protected zone” along the coast of British Columbia in which there was to be no one of Japanese descent due to the distrust of anyone who “might have” Japanese loyalties … even if they were Canadian by birth. People were forcibly removed from their homes. Any possessions they could not carry were taken into government custody and sold. This included their homes, businesses, fishing boats, and even personal property. Men, women, and children were interned in camps in the interior of British Columbia, Alberta, and Manitoba. In 1946 when the war was over many were forced to return to a war devastated Japan. Even after the war, the people who remained in Canada were not allowed to return to their former homes.

Racism and communities of African descent in Canada

As Matthew McRae (2020) tells us in his piece “The Story of Africville” the history of Black people in Canada goes back at least to where there were communities in Nova Scotia  since before the founding of the city of Halifax in 1749. Then after the American Revolution, in the late 1700s and early 1800s, large groups of Black settlers came, many of them former enslaved people who had been promised freedom and land. Instead they faced attitudes of superiority and segregation. Despite this they build vibrant communities that were routinely excluded from being provided proper municipal services of all kinds. Eventually in 1964, the community known as Africville, a part of the City of Halifax was destroyed under the guise of relocation and homes destroyed with little to no notice. They continued to face racism in their new homes. Robyn Maynard in her recently published book Policing Black Lives: State Violence in Canada from Slavery to the Present delves in to the legacy of such actions and government policies.

Denials of Racism in Canada

Sadly we still experience widespread and disgraceful denials of racism in Canada. Trevor Gulliver  (2018), in his article Canada the Redeemer and Denials of Racism does an amazing job of explaining this in his chapter Denials of Racism. According to this article there are many different ways that Canada uses to be shielded from accusations of racism. Strategies includes minimizing incidents (it wasn’t that bad) or acknowledges to a limited extent (its just some individuals) but, even then, it is posited as in the past and better now.

What Strategies has Canada Implemented to Stop Racism?

One such strategy is the Anti-Racism Strategy created by the Government of Canada in 2018.  The strategy focuses on three principles “demonstrating federal leadership, empowering communities, and building awareness and changing attitudes.” This also includes what is called the Anti-Racism Action Program which provides help to religious minorities, racialized communities and Indigenous peoples having issues with employment, justice and social participation. This website is very important to read and to become familiar with to become educated about the laws and regulations Canada has set in place to combat racism.

By learning about these and other discriminatory acts and understand how they came to be through fear and the blame game, where you pick an easy target rather than looking for the root cause of your fears and troubles, we can be better prepared to meet the challenges of today, fairly, for all Canadians. Not only will our children and grandchilden be proud of us but we can build a strong united Canada that values all its citizens and welcomes their contributions.

We hope this blog and the links we provided will motivate you to look at racism in Canada with open eyes. There are so many stories of perseverance and courage, both in Canada’s past and present. Hopefully this will motivate you to go out and join the fighters and make a difference. Knowledge is power. Use it wisely.

Dere, G. W. W. (2019). Being Chinese in Canada: The Struggle for Identity, Redress and Belonging. Madeira Park, BC: Douglas & McKintyre

Kazimi, A. The Continuous Journey [documentary film] available in the University of the Fraser Valley Library.

Nakano, T. U. & Nakano, L. (1980). Within the Barbed Wire Fence: A Japanese Man’s Account of his Internment in Canada. Toronto, ON: University of Toronto Press.