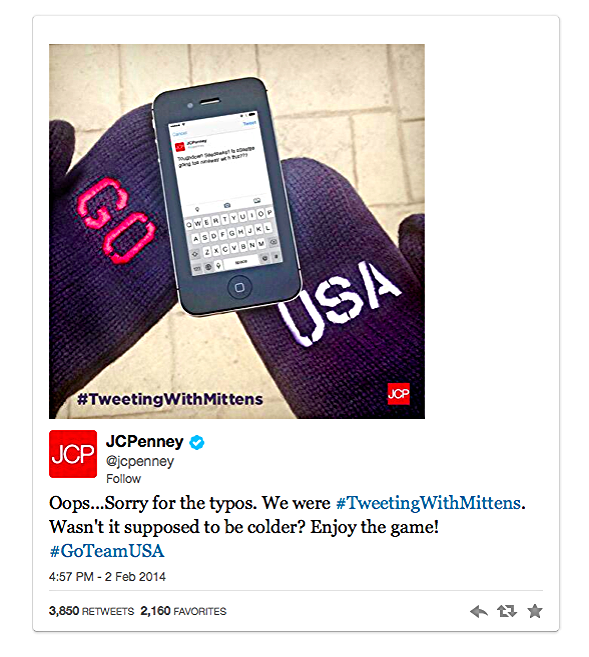 We all interact with someone (or something) on a daily basis – it isn’t a new or groundbreaking concept. Social media, however, has allowed us to break free from the traditional methods of interaction. In the past, interactions between customers and businesses would typically be face to face or over the phone. Now, with the many social media platforms at our disposal, oftentimes we don’t even have to speak to anyone (in the traditional sense). We tweet our thoughts, we “like” Facebook posts and we “pin” stories and pictures with businesses all the time.

Companies have discovered how to latch on to the social media phenomenon and create an online presence with their content. Twitter and YouTube have pushed the concept of viral marketing into hyperdrive – if a marketing strategist comes up with the right idea, at the right time, on the right platform, exposure and attention directed at their business can increase dramatically.

This was followed by: 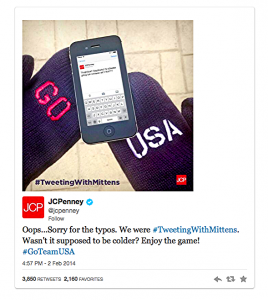 Effective? Judging by the amount of retweets, favourites and attention they received, I’d say it a marketing ploy well executed. I certainly don’t follow JC Penney on Twitter, but I was made well aware of their social media presence on Sunday.

This is just a brief example of interactivity on social media. Of course we can observe many instances of customer service and public relations type interactions over social media as well. A company’s ability to resolve customer issues and complaints through social media is one of the most effective ways to build and maintain a positive reputation. The truth is social media is still in its infancy and companies and consumers will continue to discover and innovate with new ways to interact through the medium. 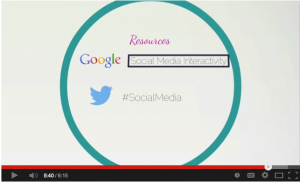