Today marks the 10th annual Moose Hide Campaign Day, which moves to end violence against women and children. The campaign specifically targets men and boys, noting that women have typically been left to take the initiative in speaking out against gender-based violence. The movement takes its name from the moose hide pin supporters are asked to wear to spark conversations about ending violence in our communities. 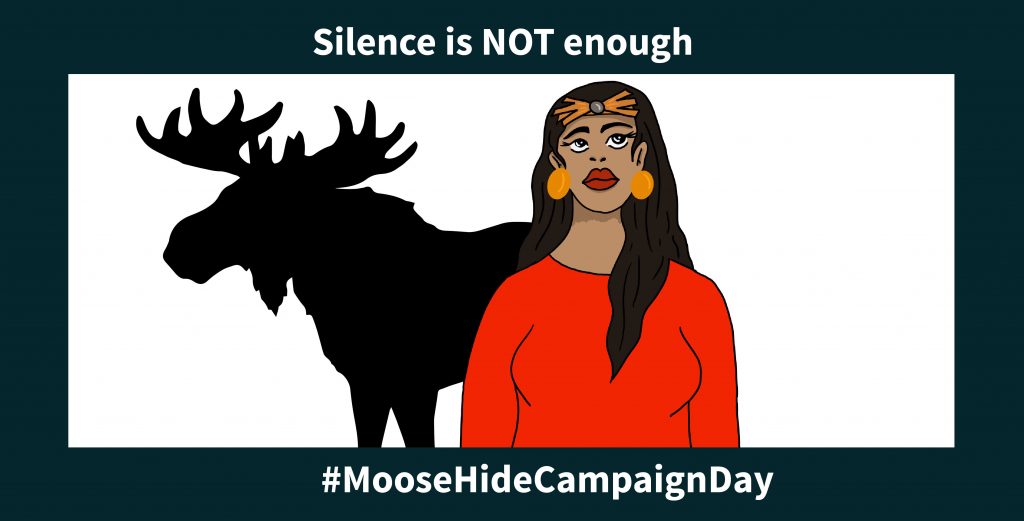 The Moose Hide Campaign owes its origins to Paul and Raven Lacerte, a father and daughter who conceived the idea while hunting moose on their traditional territory along the “Highway of Tears.” They chose to use small squares of tanned moose hide due to its longstanding significance in many Indigenous cultures for both ceremonial and practical purposes. All moose hide used for the freely available pins is sourced from moose hunted for food or ceremonial purposes, or who have died in accidents, and is prepared by a team of Indigenous women. Synthetic pins are also available.

Today, the Moose Hide Campaign is hosting a number of speakers and asking supporters to join in a dawn-to-dusk fast. However, the challenge for everyone to be an active ally in the movement to end violence against women and children is ongoing. The campaign urges us that “silence is not good enough, and simply being a non-abuser is not good enough.”  Change requires active effort and intentional action.