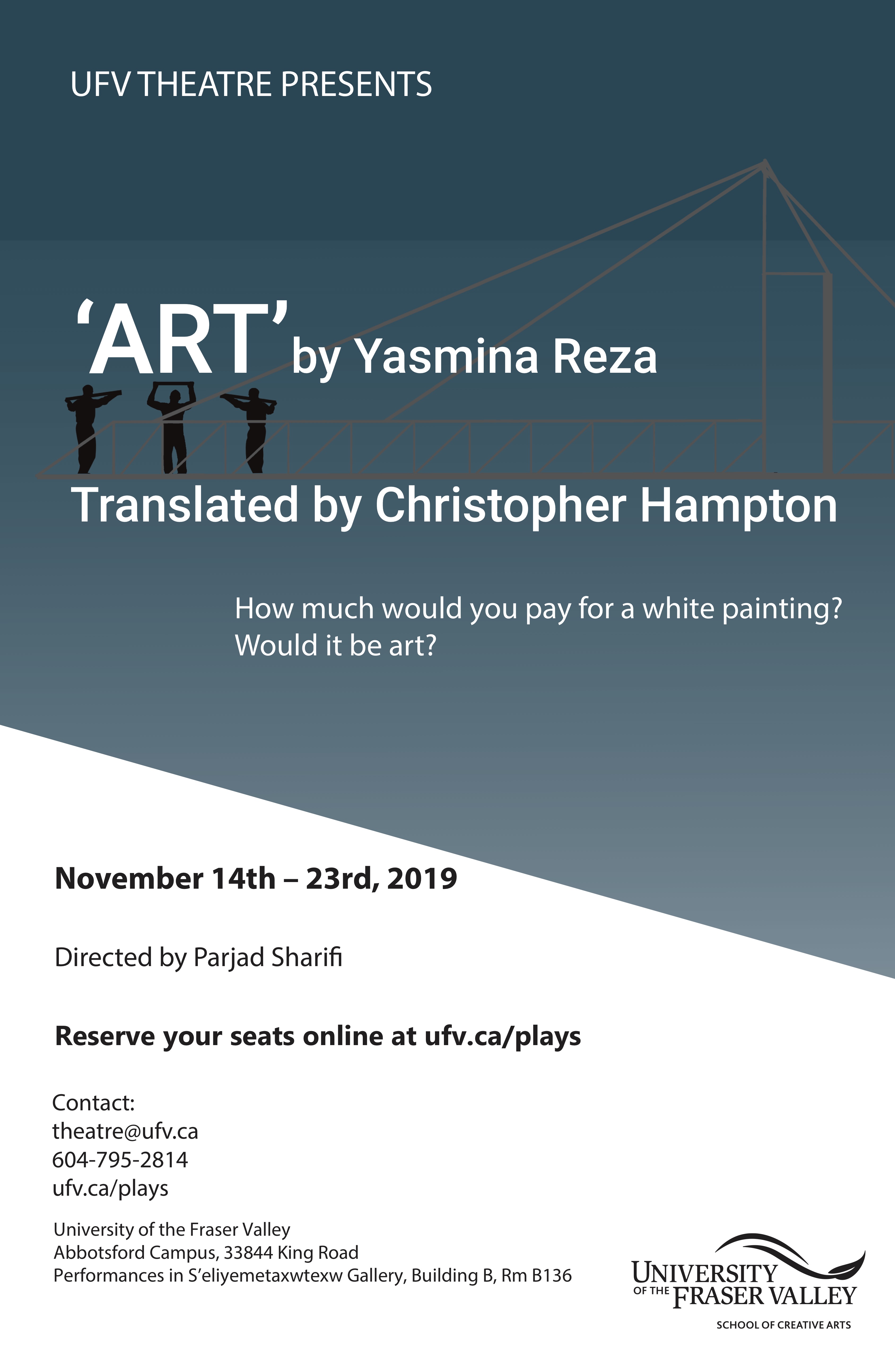 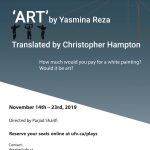 Art is an award-winning comedy written by Yasmina Reza. It was the recipient of the 1998 Tony Award for best play and the 1996 Olivier Award for best comedy. The play includes three male characters, Marc, Serge, and Yvan, who are close friends. Serge has bought an expensive painting about five feet by four, all white with white diagonal lines. Marc thinks that the painting isn’t worth a penny; however, Serge insists that Marc doesn’t have high enough standards to judge the work. Another friend, Yvan, has been pulled into this disagreement. Unlike Marc, Yvan is eager to please, telling Serge that he likes the painting. The friends square off over the canvas, using the painting as an excuse to relentlessly batter one another over their various failures. Their arguments become less theoretical and more personal, bordering on destroying their friendships. Finally, at the breaking point, Serge hands Marc a felt tip pen and dares him: “Go on.” This is the time when their friendships are tested and the aftermath of the actions and reactions affirms the power of those bonds.

Parjad Sharifi an award-winning designer and theatre maker. His directorial approach is interested in initiating artistic dialogue between visual arts and theatre as UFV presents its first theatre production within the School of Creative Arts.