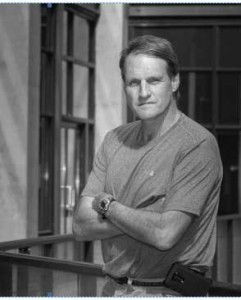 Dr. Paul Tinari, billed as Dr. Future, visited UFV on March 17, 2016 as part of the greenSPEAK seminar series. In an invigorating seminar, Dr. Tinari challenged participants to envision the future that could be built using technology such as 3D printers.

Past technological breakthroughs such as the steam engine, the automobile, the industrial revolution and the transistor caused huge societal changes, and the sky is definitely not the limit for the next round of innovations. 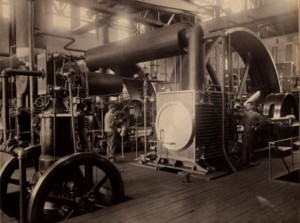 Dr. Tinari made a compelling case for the future democratization of design and technology where the facility to create, repair and enhance everything we need—food, shelter, technology, and power—lies with local communities rather than distant corporate or public bodies. This would significantly reduce the environmental cost of production by using Just-On-Order-Making protocols that reduce transportation, raw material and obsolescence costs.

One of the main drivers for this revolution will be 3D printing, and this technology is already creating the future for today and tomorrow:

Interlaced between visions of technology past, present and future, we were reminded of the future imaginings of Gene Roddenbury and Arthur C. Clarke. While some of their predictions have not come true yet (e.g. the matter transporter or the murderous artificial intelligence, HAL 9000), some of the more impossible-seeming technology, such as the replicator, are being tested already. And if Matt Damon had had a 3D printer on Mars, he might have been able to subsist on more than just poop potatoes.

There is growing evidence that we are rapidly reaching a turning point, and while I was listening to Dr. Tinari, a post on Twitter caught the eye of my colleague, Christine Nehring:

@ABTInstructor, check out the Age of Disruption report that @AnthonyLepki just tweeted. Sure wish I’d been able to attend Dr Tinari’s talk!

This report from Deloitte outlines the challenges to Canadian businesses posed by changes in technology, and identifies many of the issues that Dr. Tinari has been raising for the last few years. While companies are struggling to adapt, new research shows the generation after the Millennials (Generation K), are primed to be innovators:

Members of Generation K increasingly value things they can actively co-create. It is a generation of makers, creators and inventors. From Sarah, who builds her own computers, to Jake, who loves making horror films with his pals on his iPhone, today’s teenagers don’t only want to buy stuff, they want to imprint their voice on products, services and media, and become part of the design and creation process. Producing something themselves has value for this generation. It resonates with their desire to be self-sufficient, and to have physical experiences in a digital world – as well as their desire to have agency and impact.

Back to the Future

There is no doubt that technological advances are already changing the way we live and work, and there are an increasing number of warnings about job security across the board. Some types of employment will be lost, and some sections of society will be impacted more than others. The recent reports from World Economic Forum and CitiGroup make it clear that we are already well down the road of disruption.

There are challenges ahead, for sure, but Dr. Tinari demonstrated that the future we make could be a great deal brighter and equitable: communities empowered to solve local issues, and a multitude of home-based makers unfettered by gatekeepers.

Two weeks after the seminar, I am still thinking about the possibilities and opportunities. Are you ready for the coming disruption?

Digital Disruption: How FinTech is Forcing Banking to a Tipping Point   CitiGroup (PDF)