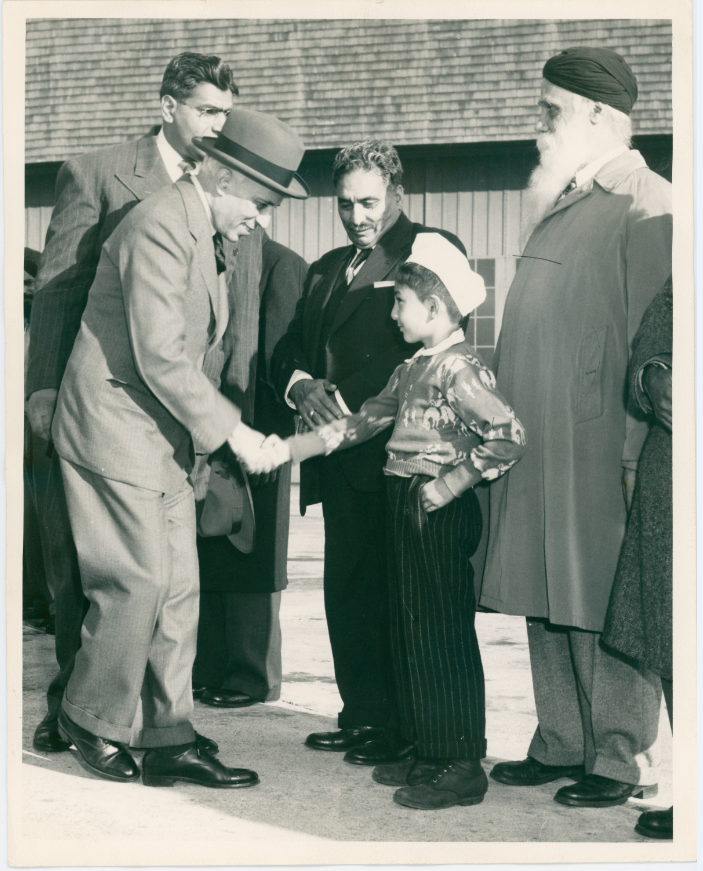 The SASI has been busy working on six major projects as part of its Provincially funded South Asian Canadian Legacy Project (SACLP). Each of the projects: the travelling exhibit, the labour history work, the digital archive, the social history book, the historic sites work and the school curriculum work is well underway with major milestones being achieved. Below are some updates from Madhavee Inamdar, the Project Manager for SACLP and Magnus Berg, the Digital Asset Archivist:

The Project is managed by a Project Management Team and the Project Staff who are supported by various organizational and community partners such as the Ministry of Education’s Open School BC, British Columbia Labour Heritage Centre, and the Royal BC Museum, and Ismaili Centre, Burnaby.

The Project will continue up to March 31, 2022 and includes the following six projects that are currently ongoing successfully. Four of the six projects have their own Advisory Committees represented by diverse community partners.

Travel Exhibit: Exhibit of South Asian Canadian history is being developed in partnership with the Royal BC Museum which will be showcased in schools, colleges, universities, and different platforms to promote knowledge and more public awareness of BC’s diverse history and heritage.

Historic Sites: This project will document and mark the 15 sites that are of historic importance to South Asian Canadians, which have been recognized by the BC Government. The project has partnered with two local filmmakers to produce short films on selected historic sites. The plan is to showcase these films to all British Columbians to mark the Sikh Heritage Month in April, which is officially proclaimed every year by the Government of BC.

Learning Resources: In partnership with Open School BC the project has been enthusiastically moving forward with support from the community stakeholders. The objective is to design a South Asian Canadian relevant social studies curriculum for K-12 schools in BC. Four focus groups have been planned in February 2021 with educators, teachers, and diverse stakeholders to invite feedback and their expertise in designing such a curriculum.

B.C. Labour Movements Social Histories Research: With a strong support and partnership with the BC Labour Heritage Centre, Burnaby, this project has undertaken research and development of resources on comprehensive South Asian Canadian Labour History. It is being done with a wide engagement of individuals who has contributed immensely to the labour movement making meaningful difference in lives of common people across the province.

South Asian Canadian Social History: This project has undertaken a unique task of first of its kind to produce a public history book presenting South Asian Canadian social histories across British Columbia. Authors from diverse communities from South Asian region who have made BC their home are contributing their stories to this book.

The South Asian Canadian Legacy Project will continue up to March 31, 2022 but will not end there. It will continue to reach all British Columbians in various forms such as school curriculum, social history book, a living exhibit and free, interactive, and accessible digital museum where communities will keep enriching the whole project with their participation and contributions.

The SACLP is an important step in building a welcoming and inclusive province free of racism and hate. Funded by the Provincial Government of British Columbia, this Project will continue to showcase the valuable contributions of the South Asian Canadians to British Columbia’s economy, history and culture, and the community’s resilience in the face of injustice and discrimination.

Here at SASI we are busy at work on the forthcoming South Asian Canadian Digital Archive (SACDA). The SACDA portal will include archival collections and fonds[1] that we are digitizing and describing in partnership with The Reach Gallery Museum, Cowichan Valley Museum and Archives, Dr. Kanwal Singh Neel, and Baltej Singh Dhillon. As an archivist, part of my job is describing these collections and arranging them in our digital asset management system so that they make sense to the user. As a result, I get to learn a lot about the lives and work of people in the past. A fonds that I’m really excited to share with the world via SACDA is the Mayo Singh Family Fonds from the Cowichan Valley Museum and Archives. Mayo Singh is a well-known figure in the history of Vancouver Island, who co-founded the town of Paldi. Mayo Singh was an entrepreneur, businessman, and philanthropist who was active in the B.C. lumber industry from 1915 until at least 1945. The Mayo Singh Family fonds documents both Mayo Singh’s family and business life and includes correspondence, photographs, and ephemera. It even includes artifacts like coupon books for the Mayo Bros. Timber Company and Bishan Singh’s passport.

[1] A fonds is a French term used to describe an aggregation of records that are created over the course of a person, or organizations, lifetime.