Seven months of intense research, curatorial work, design and implementation came to a successful culmination with the Sikh Heritage Museum launching its exhibit (Dis) Enfranchisement 1907-1947: The Forty-Year Struggle for the Vote on Sunday, February 19th. The exhibit launch was attended by an estimated one hundred community members including dignitaries and South Asian pioneer descendants.

The speeches from dignitaries at the launch included Member of Parliament Jati Sidhu, MLA Mike De Jong, Abbotsford Mayor Henry Braun, UFV President and Vice-Chancellor Dr. Mark Evered, Paul Banwait who is the family member of pioneer Mr. Mahinder Singh Beadall, one of the first South Asians to cast a ballot in the year 1947 and Aruna Pandia, daughter of Dr. DP Pandia who was the lawyer that advocated for the rights of South Asians in the mid-20th century.

Based on funding awarded from the Canada 150 grant, the exhibit (Dis) Enfranchisement 1907-1947: The Forty-Year Struggle for the Vote investigates and presents the arduous struggle for the South Asian franchise and the right for equal recognition and citizenship with other Canadians. In addition to the story of the South Asian franchise, the exhibit also pays homage to the stories of franchise for Chinese-Canadians, Japanese-Canadians and women of European descent.

For those who missed the opening reception and launch the exhibit is available for viewing all year long until December, 2017. For anyone interested in booking group tours, they may contact Sharn at (604) 851-6325 or email sharanjit.sandhra@ufv.ca. 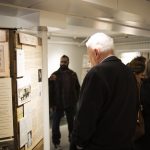 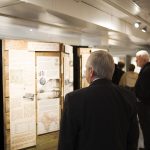 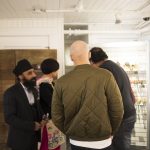 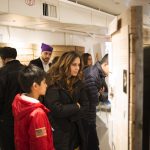 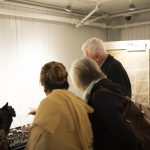 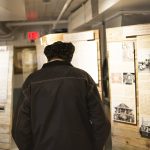 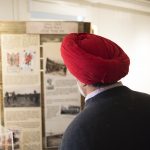 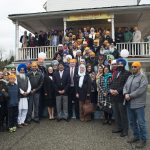 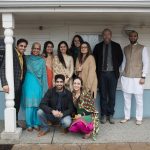 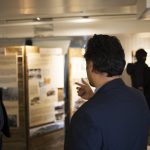 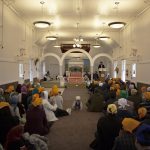