On Tuesday, September 29th at 5pm in the UFV S’eliyemetaxwtexw Art Gallery, the Centre for Indo Canadian Studies curated and launched an exhibition on Sikh Feminism’s entitled: (Mis)Interpretation: Sikh Feminisms in representations, texts and lived realities

The critical Sikh feminist ethnographic exhibition was created in partnership with the Visual Arts Department and the International Department at UFV and officially opened on September 29th at 5 pm at the S’eliyemetaxwtexw Art Gallery Building B Room 136 Abbotsford campus. The exhibition was available for viewing until October 20th.

The goal of this exhibit was to de-centre the notion of a normatively androcentric faith discourse and to (re)raise the textual and practical meaning of Sikh feminist thought and understanding.

The exhibit looked at how the Sikh spiritual text, the Sri Guru Granth Sahib ji was to be understood and interpreted individually by all practicing Sikhs, guided by the rehat (the code), historical texts, various interpretations, contemporary views and personal sense-making (via spiritual learning and lived realities).

As well, in this exhibit Sikh women saw themselves not just as interlocutors but as vital meaning makers of the faith, its various interpretations and its inherent impact on their lives by way of the 5 Kakkar’s – Sikh articles of faith where the ethical Khalsa is imbued with gender neutral/supportive personal agency. As well Sikh women’s daily engagement and access to the living world is explored through photographs taken by eight Sikh women. The meaning of Ikk Oan Kar and its universal appeal was reconnoitered and the textual interpretation of the Sri Guru Granth through a female lens was surveyed.

Leading feminist scholar Dr. Nikky-Guninder Kaur Singh of Colby College, USA provided a powerful keynote address which can now be listened to online by opening the link: http://stream.ufv.ca/onDemand/Sharanjit/2015-Sept29.wmv. Dr. Singh brought voice, praxis, understanding and sense-making to the exhibition highlighting how in-tune the exhibit was with her own reflections.

Below is a link to an album of the photos from the launch on September 29th courtesy of UFV’s Flickr photo-sharing site.

Below is a link to a summary of various social media coverage of the event: 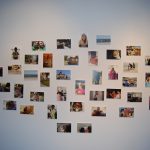 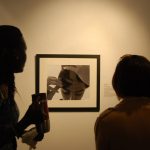 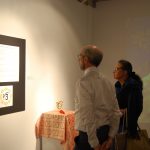 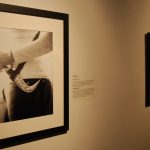 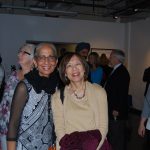 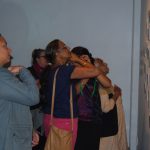