“On December 19th, 2011, the United Nations General Assembly adopted Resolution 66/170 to declare 11 October as the International Day of the Girl Child, to recognize girls’ rights and the unique challenges girls face around the world.“ –United Nations

In honour of this declaration made by the United Nations, Deesh Sekhon, founder of the GirlKind Foundation (www.girlkind.org) collaborated with the Centre for Indo-Canadian Studies in order to host “Every Girl Matters Day” at the University of the Fraser Valley on October 11, 2013. The morning allowed for networking opportunities amongst students and community members as well as a special proclamation made on behalf of the B.C Government. The honourable Minister Mike De Jong and MLA Mike Gibson were on hand to read out the proclamation officially declaring October 11th as “Every Girl Matters Day.” The proclamation also declared:

WHEREAS quality and universal access to education for every girl and boy are among the United Nations’ Millennium Development Goals supported by 189 countries, including Canada, and

WHEREAS the “Day of the Girl” campaign calls on communities across the globe to recognize that girls worldwide face many injustices, such as gendercide, discrimination, gender stereotypes, child marriage and lack of education; and empowers girls to fight for their rights. 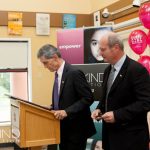 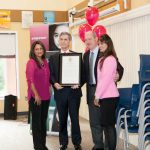 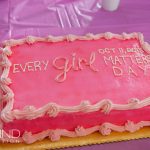 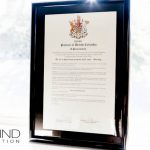