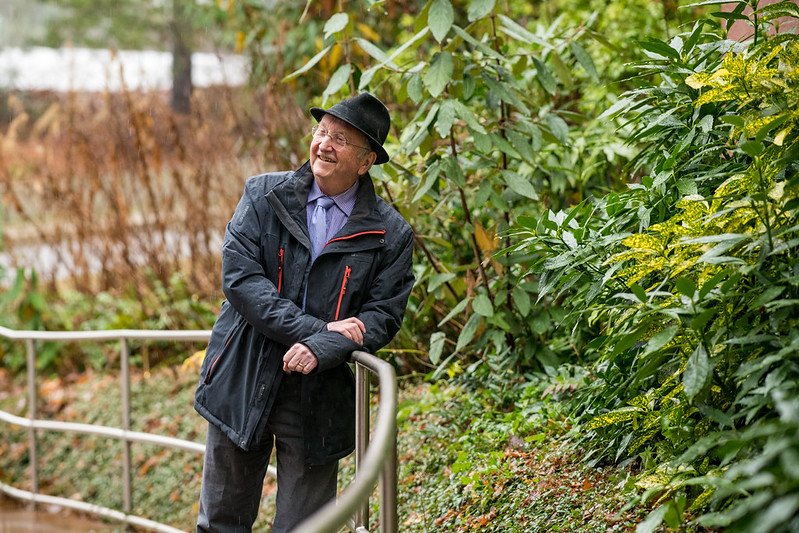 April is Cancer Prevention Month so I thought it would be a good time to re-run a story that Alan Cameron graciously wrote for me two years ago. Alan is UFV’s longest standing employee, beginning his career at Fraser Valley College in 1976 as a French Instructor in the Modern Languages department. Thank you Alan for sharing your brave fight with us as I’m sure many will take comfort in your story and words of wisdom. You really are an inspiration to us all. 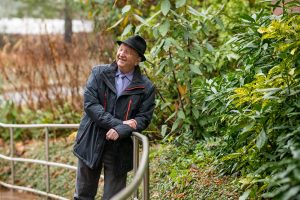 “I’m living proof that cancer can be defeated. I’ve had cancer twice, in 2007 and again in 2011, and am still here to tell the tale, now in my forty-fourth year at Fraser Valley. Battling cancer is an epic struggle for any man or woman, yet most frequently not just for those who are fighting the insidious force inside their bodies, but also for all the family and friends of the afflicted who go through so much trauma being witness to their loved one’s illness. Going through surgery, radiation and / or chemotherapy is a great challenge, but the love and support of those closest to the cancer patient provide such a charge of emotional energy that it can lift the spirits of the patient and everyone around. And the medical staff at the Abbotsford Cancer Clinic are wonderful people of great competence and compassion to whom I owe my life.

I’m one of the lucky ones; both my cancers were detected before they had spread. Our family lost my dear sister Coralie in 2017 at age sixty. Unfortunately for Coralie, the cancer was not detected in her lung until it was far too advanced and had spread throughout her body. Therefore, please, get that check-up done. Some of the tests are not too much fun, but you can’t take your health for granted. And if you’re afflicted with cancer and going through treatment, be strong. It takes time, but you will feel better. For seven or eight months, radiation made everything taste disgusting, like eating mud. They said it would get better – and it got better. During chemo, I never thought it was possible for a human being to vomit that many times in a day. But it got better. And, at times, strapped down on the table as the radiation device whirled around and zapped me fifteen times, and the nausea swept over me like shroud, I wondered if life would ever return to normal. The nausea, pain and discouragement were necessary to poison the cancer cells and eliminate them from my body, which they did. But without my family’s love and encouragement, I would have not found the strength to complete my treatment. And today, March 30, 2019 eight years to the day after my last radiation treatment, I say ‘L’Chaim’ ‘To Life’”.