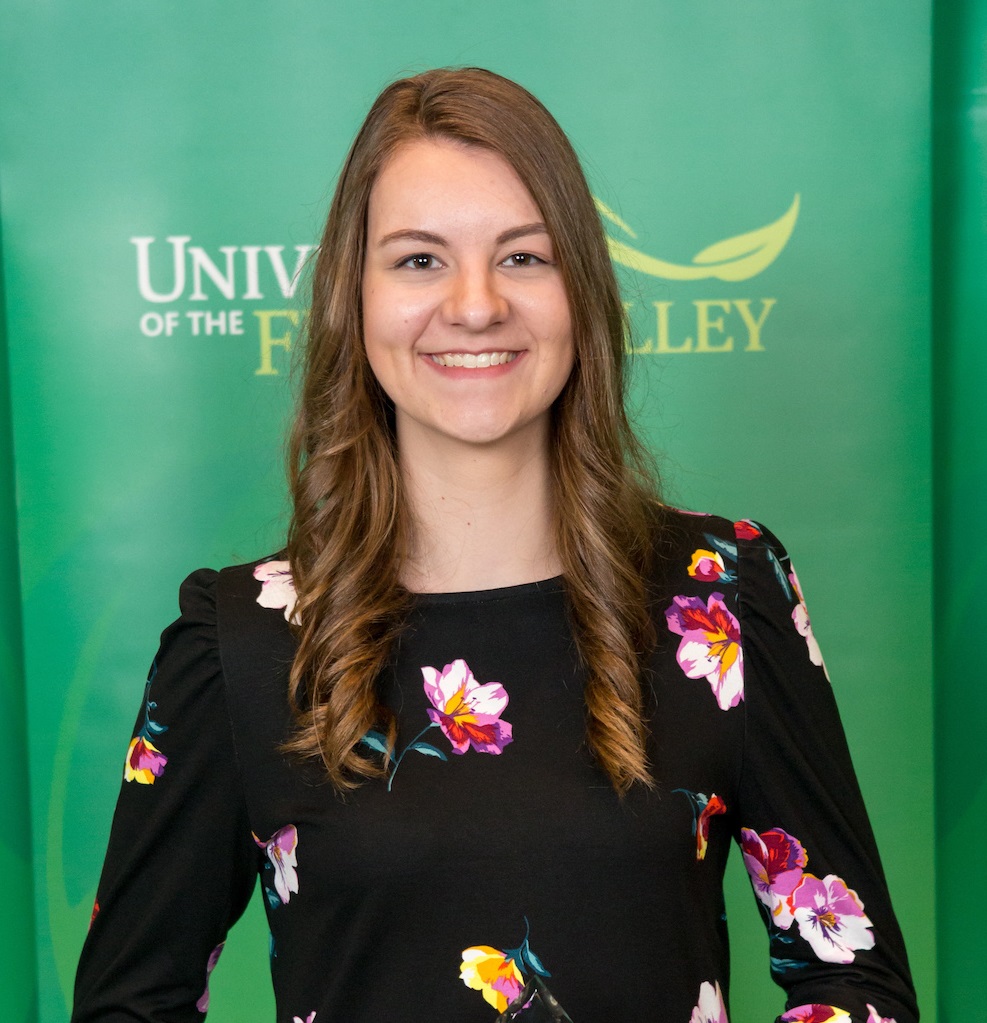 Veronica Kobes began her studies at UFV in 2016 and is now in her 3rd year of her Bachelor of Science degree and she’s doing it all!

In addition to holding her 4.3 grade-point average, she’s a research assistant with Dr. Lucy Lee, Dean of the Faculty of Science, volunteers in the emergency department at the Abbotsford Regional Hospital, is a gifted musician who not only teaches piano but the cello AND is a rising fourth-year forward with the Cascades’ women’s basketball team.

On April 24, 2019 the Varsity Letters with Howard Tsumura highlighted Veronica in a wonderful must read article.

UFV’s Veronica Kobes: The walk-on who refused to walk away speaks to her dual dreams of a career with Cascades hoops and a med school future

ABBOTSFORD — In its most figurative sense, basketball has grudgingly given in.

For years, it had watched the unrelenting will to learn from the walk-on who refused to walk away, deciding finally that she had earned the right to be its friend and confidant.

At her core, Veronica Kobes represents so much more on the campus of Abbotsford’s University of the Fraser Valley than just a rising fourth-year forward with the Cascades’ women’s basketball team.