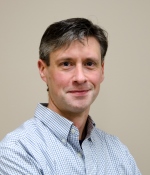 Dr. Ian Affleck was on Sabbatical from the Math & Stats Department at UFV for 2014-2015 and he has generously provided a great overview of his new open textbook.

“Calculus for Everyone”: Developing an Application-Based Open Textbook for First Year Calculus

At UFV, as at many post-secondary institutions, the first-year calculus courses required in Science and Engineering are the most challenging courses that many students take throughout their degree. The main ideas presented and developed in these courses are so grand that they can be found literally everywhere in the natural world, and yet because they are traditionally introduced in a very formal, abstract manner, there is a perception among many science students that Differential and Integral Calculus courses are an onerous requirement without relevance to their field of interest.

The vision that I have for presenting the main ideas of Calculus is to introduce each one first in an applied context, providing a concrete real-world example which may be referenced later as the principle is presented in a more general form. As much as possible, these motivating examples will be core applications, revisited several times in subsequent sections to demonstrate that many seemingly unrelated ideas of calculus can be readily found within the same story.

My proposed sabbatical project for the 2014-2015 academic year was to create a textbook for university-level Differential and Integral Calculus (Math 111 and Math 112 at UFV), whose main objective would be to make the content of these two courses more accessible and less intimidating, while sharing the relevance of calculus in a variety of scientific fields. While I was unable to complete the project in the 12 month period, I have enjoyed working on it so far, and look forward to seeing it through to completion.

With a working title of “Calculus for Everyone”, the textbook will be an open resource, freely available for anyone to download, print, and use. Thus its secondary objective is to provide another alternative to the traditional commercial textbooks.

“This article was prepared by Dr. Ian Affleck. The opinions expressed are the author’s own and do not necessarily reflect the views of the Faculty of Science.”