In acknowledgment of the International Day of Awareness of Food Loss and Waste Reduction, CHASI Lead Researcher Larissa Kowalski shares her insight into the field of food insecurity, a significant issue in the Fraser Valley and for university students.

COVID-19 has led to severe and widespread increases in global food insecurity (World Bank, 2021; Statistics Canada, 2021). With effects expected to continue through 2021 and into 2022, Canada has seen growing levels of acute food insecurity, magnifying gaps in community food programming for marginalized populations and reifying income inequalities. Rising levels of food insecurity have also been documented at the municipal level, resulting in increased demand on food programs as residents who previously identified as food “secure” became food “insecure” during the pandemic. 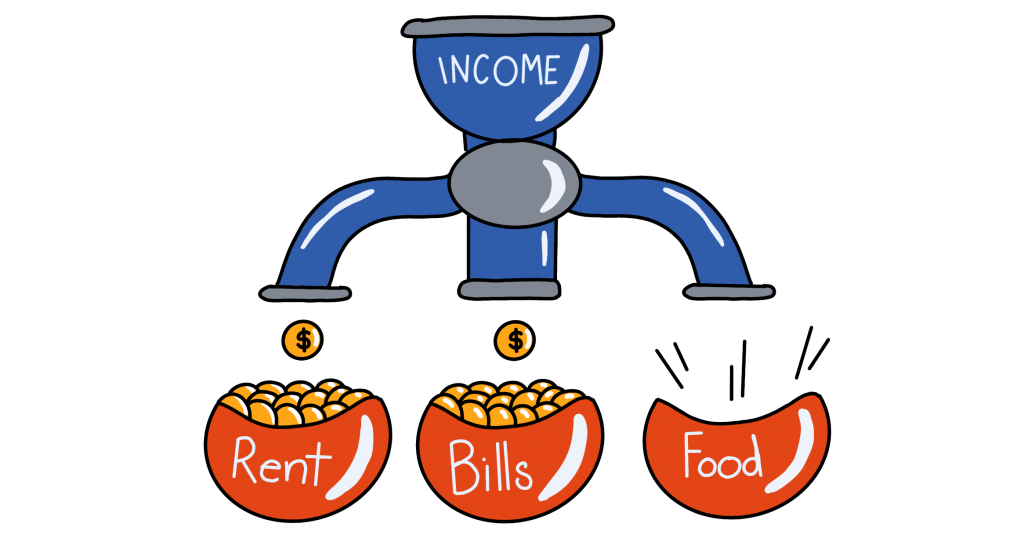 Food insecurity is also high among university students, with a recent UFV food security survey finding that roughly 1 in 5 UFV students* were food insecure 12 months prior to the outbreak of COVID-19. These results are concerning considering these data were collected when stringent isolation measures were implemented across British Columbia to reduce the spread of COVID-19. However, as the months have eased on, students have been met with food and resource scarcity, increased labour market precarity, reduced access to support services, and the stressors accompanying online learning and COVID-19 related work, likely magnifying food access challenges.

Additionally, almost half of all UFV students who responded to the survey (49.8%) reported that it was often true or sometimes true that they regularly couldn’t afford to buy the full range of foods they wanted (18.1% often true; 31.7% sometimes true). Students in the sample further indicated that housing costs (27.9%), tuition costs (27.2%), food costs (26.7%), transportation expenses (20.3%), physical accessibility of food (2.4%), and inadequate income support (16.7%) all contributed to students’ sense of food insecurity.

What is household food insecurity?

Household food insecurity is defined as the process through which a household worries about or lacks the financial means to buy healthy, safe, or personally acceptable food (BC Provincial Health Services Authority, 2016, p.4). In Canada, food security is measured by the Canadian Community Health Survey, which categorizes households as food secure, marginally food insecure, moderately food insecure, or severely food insecure (BCCDC, 2019a; McIntyre et al., 2016).

What can be done?

Still, local-level food programs have the potential to address the unique needs of their community and tackle income-related food insecurity by consulting local residents and becoming connected with community organizations that aim to reduce poverty (Tarasuk, 2001). Recently, our team at CHASI did this through a Community Food Security Assessment for the City of Chilliwack. Yet, each of us can still be engaged at an individual and local level. Our research reveals for example that considerable efforts are often made by the food bank to sift through edible and spoiled donations. So, next time you consider donating to the food bank, consider donating food items that you’d actually enjoy eating!

*who participated in the sample.