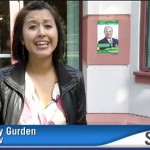 During last week’s Tony Parsons event at UFV Chilliwack, a number of media turned out to listen to the broadcaster’s words of wisdom. One such outlet in attendance was Shaw TV, Chilliwack. The story is currently airing on Shaw TV, cable channel 4 in Chilliwack, Agassiz, Harrison and Hope. 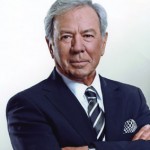 On Wednesday night, at about 8:45 p.m., after co-anchoring CBC News: Vancouver, Tony Parsons took a few minutes to chat about his life in the news. Preparing for his 10 p.m. newscast for CHEK-TV in Victoria, he was in a good mood, despite the Canucks’ loss. He now films both shows from Vancouver instead of […]

Longtime Canadian broadcaster Tony Parsons will be visiting the University of the Fraser Valley’s  Chilliwack campus this week for an interactive discussion covering an array of topics. A Life in the News will explore Parsons’ career as a media personality, which has spanned more than 50 years. He will also be responding to audience questions, […]