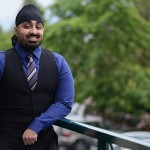 When Sukhvinder Singh Mangat started his Criminal Justice degree program at UFV four years ago, his professor told him studying for his degree would be a transformational experience. Mangat was skeptical. “I was reluctant to believe this. How can simply completing a series of courses result in such a transformative change?” Mangat recalls. “Well, four […]

In the early 2000s, police agencies in British Columbia were forced to reimagine their approach to emerging crime problems. The traditional ways of responding and reacting were not as effective against the increase in gang activity, auto theft, drug production, and other crimes taking place throughout the province. In their new book, Eliminating Crime: The […] 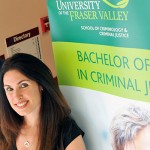 Dr. Irwin Cohen has taken up the role of RCMP Senior Research Chair in Crime Reduction at the University of the Fraser Valley, effective September 1, 2013. Cohen, who was most recently director of the School of Criminology and Criminal Justice at UFV, is filling a gap created when Dr. Darryl Plecas left UFV to […]