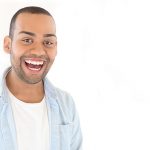 He’s young, he’s queer, he’s biracial, he grew up poor, and he has struggled with depression and an eating disorder. If there was ever a voice for those who might feel marginalized by society, it’s Benjamin O’Keefe. O’Keefe survived bullying and recovered from a suicide attempt. He forced major corporations in America to make big […]