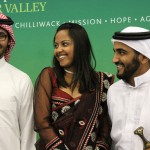 AbbyFest 2015 will be held on the Green at UFV’s Abbotsford campus on Saturday, September 26  from 2 pm until 8 pm. This will be the first time UFV hosts Abbotsford’s multicultural festival — now entering its eighth season. In previous years the event has been held in the Ag-Rec Building in Abbotsford Exhibition Park. […] 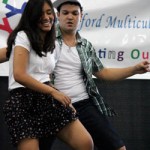 For the fifth year in a row, the UFV fashion show and world culture garden were highlights at Abbyfest, Abbotsford’s annual multicultural festival held at Rotary Stadium. Notable visitors to the culture garden included Abbotsford’s mayor, Bruce Banman, and UFV President Mark Evered and his wife Maureen. “We featured more countries than we have ever […]