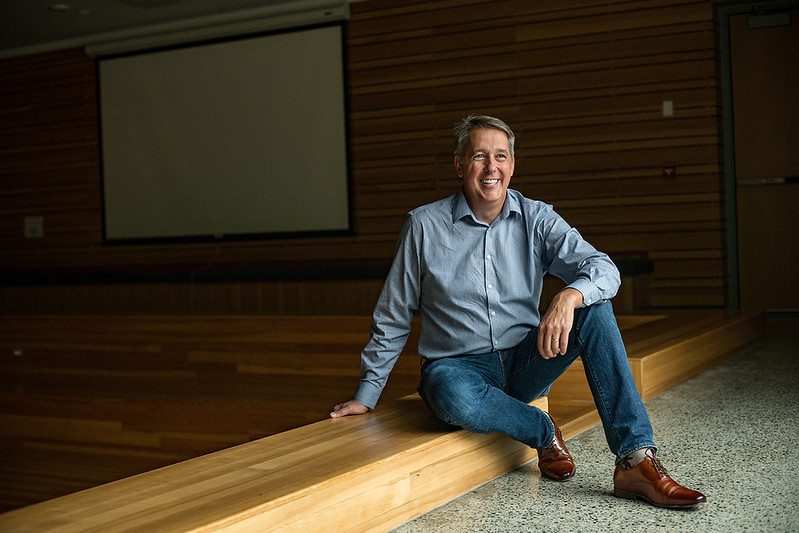 Dr. Keith Carlson is excited that his award-winning book The Power of Place, the Problem of Time: Aboriginal Identity and Historical Consciousness in the Cauldron of Colonialism will be translated into Mandarin.

A book about Indigenous culture and history will soon be available for Chinese readers, thanks to the financial generosity of a Canadian business person.

Shandong University Press will publish the first English-to-Chinese translation of one of University of the Fraser Valley historian Keith Carlson’s books on Canadian Indigenous history and settler colonialism.

When Chris Pereira, President & CEO of the Canadian Ecosystem Institute, learned a year ago that a book translation collaboration between Carlson and a team of faculty from Linyi University in China was at risk of being cancelled due to an inability to secure funding for publishing, he reached out to Carlson to offer help.

“I saw an immediate synergy between the project and the values of my company,” said Pereira. “I spent 15 years in China, and I believe smart engagement and proactive promotion of Canadian values is important.

“A big part of what Canadian Ecosystem Institute does is connect people, companies, and start-ups to the support they need to grow their business and find investment. We are a constructive bridge between people, businesses, and cultures,” Pereira added. “In my opinion, after a year like 2020, we need more initiatives like Keith’s project — projects that build true understanding, acceptance, and inclusion.”

As a result, the Chinese language translation of Carlson’s award-winning book The Power of Place, the Problem of Time: Aboriginal Identity and Historical Consciousness in the Cauldron of Colonialism, is now moving forward and will be in Chinese readers hands in 2021.

Pereira’s generosity breathed new life into the project. After hearing about the funding provided by Canadian Ecosystem Institute, the School of Foreign Languages at Linyi University announced a new commitment to funding the costs associated with publishing translations of more of Carlson’s single and co-authored works.

Carlson, who holds the Canada Research Chair in Indigenous and Community-Engaged History at UFV, has written and co-authored several books on Indigenous history. In 2014, he hosted visiting Chinese scholars Xing Chihong and Zhang Haixia. As there was very little literature on Indigenous history of Canada and the United States available in Mandarin, they decided to translate several chapters from a book Carlson edited and co-authored on Stó:lō history called You are Asked to Witness: The Stó:lō in Canada’s Pacific Coast History. 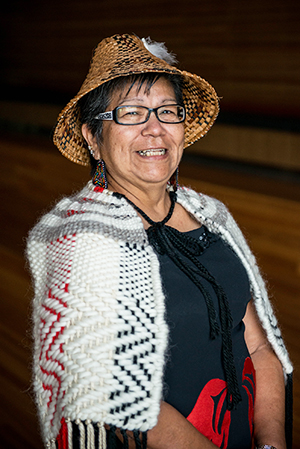 “They translated all of the chapters that I wrote as well as the ones written by my co-authors Sonny McHalsie and by Chief Frank Malloway, plus a new chapter I wrote on the history of Chinese-Indigenous relations in B.C.,” noted Carlson. These were printed as a book in 2015, but few copies were circulated because the work was done without a university publisher.

Carlson then travelled to China to collaborate with Xing Chihong and Zhang Haixia and other scholars at Linyi University to plan for the translation of Carlson’s other books.

“Our goal was to use this as the start of a new Indigenous-history-in-translation series where I would act as the acquisition lead here in North America, and their department would serve as the translators of additional new scholarship on this topic by other scholars from across North America. With this initiative we are going to be able to reach an audience and build a line for intellectual and cultural exchange that currently has no parallel in the academic world,” says Carlson.

Professor Xing Chihong notes that the translation project is very important to the team members at Linyi University.

“Translation from English into Chinese is what our department specializes in. But what sets us apart is that through this partnership we will be the first translators in China to focus on the important issue of Canadian Indigenous history and culture. We hope the project will lead to additional sustained intellectual sharing between Chinese and Canadian and other North American scholars.”

The inspiration and motivation for this translation project is not purely academic and diplomatic. The late Chief Frank Malloway and his wife Mary hoped that having information about their history and culture available for people in China to read in the Chinese language opens a door to connecting with long-lost relatives.

Elaine Malloway, Hereditary Chief of the Stó:lō Yakweakwioose First Nation, confirms that several of the early Chinese miners who came to British Columbia during the 1858 gold rush and CPR railroad construction era had relationships with Indigenous women. Her mother Mary carries an oral history that describes how one of these men returned to China taking his male children with him. His daughter was also slated to go, but changed her mind and hopped off the train or boat at Dewdney as it was headed towards the ship that would take her to China.

Mary Malloway explained to Carlson and translators Xing Chihong and Zhang Haixia that she hoped that the descendants of those sons who accompanied their fathers back to China would be able to find the book and learn something that would help them re-connect to their Stó:lō family and history.